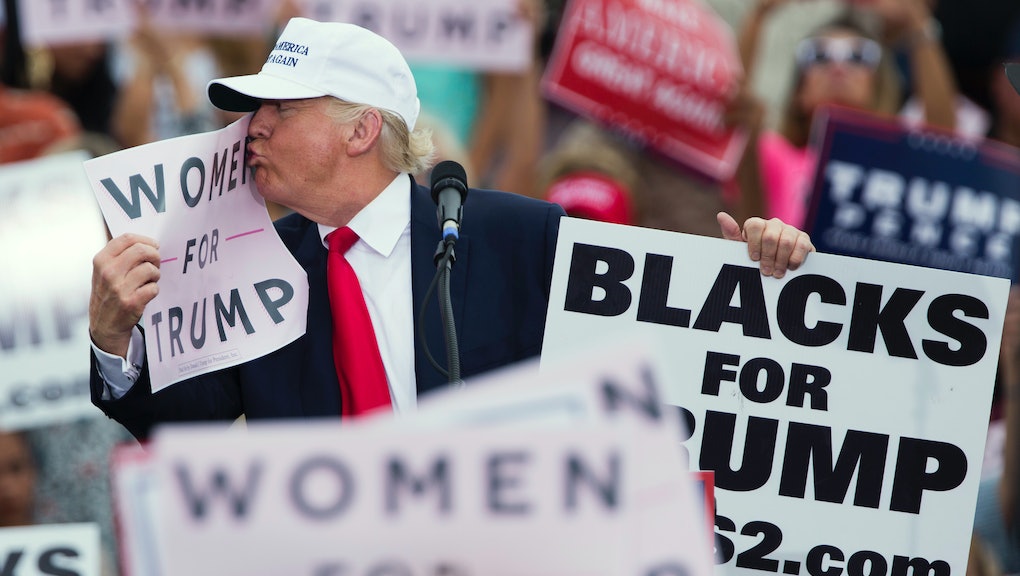 As a cascade of women come forward to accuse Donald Trump of sexual assault and harassment, the Republican nominee and his campaign have launched a hypocritical defense that is undermining what was supposed to be his offense for the rest of the campaign.

In a statement, Trump's campaign calls the five women to lob sexual assault allegations Trump's way a "character assassination," adding that it's a "new low" for media organizations to "reach back decades" to report these stories.

Yet reaching back decades to launch a character assassination against an opponent is exactly the Trump campaign's strategy against Hillary Clinton, using her and Bill Clinton's past to tarnish her image.

Before the second debate, the Trump campaign put forward women who had made sexual assault allegations against Bill Clinton decades earlier, and tried to blame Hillary Clinton for mistreating them.

And even as the Trump campaign blasts Hillary Clinton for not believing her husband's accusers, the campaign is not giving Trump's accusers the same deference, saying they're lobbing false accusations.

Kellyanne Conway, Trump's campaign manager, even dredged up a past tweet Hillary Clinton sent that said "every survivor of sexual assault deserves to be heard, believed and supported."

"RT if you agree," Conway wrote as she retweeted that tweet on Oct. 9, the same day Trump rolled out Bill Clinton's past accusers.

Trump's television surrogates tried to dismiss his accusers, and got the same blowback for their hypocritical narrative.

If that's the Trump campaign's defense, there's no way they can try to discredit Trump's new accusers without looking desperate and hypocritical.

And Trump himself said he's done the things he's being accused of by these women.

In the 2005 Access Hollywood tape, Trump said he groped and kissed women without their consent.

"I just start kissing them. It's like a magnet. Just kiss. I don't even wait," Trump said in the tape.

For example in Pennsylvania, a key swing state that Trump needs to win, Bill Clinton enjoys a 52% favorable rating — a number that rises to 59% in the crucial suburban areas of the state.