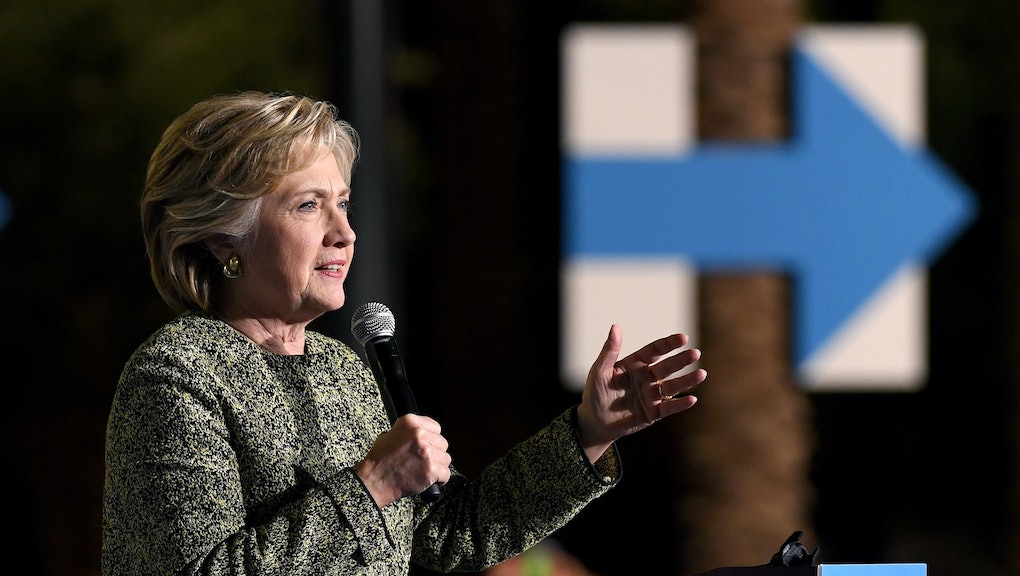 Here are 3 of Hillary Clinton's toughest attack ads so far

Donald Trump has given Hillary Clinton more ammunition in the form of off-color comments caught on video and audio than perhaps any presidential nominee before him has ever offered their opponent. Clinton's campaign has capitalized on it. The Democratic presidential nominee has already spent more than $144 million on TV ads across the country.

It is unclear what impact the ads have had on improving Clinton's poll numbers, which seem to remain remain stable during Trump's latest scandal.

Here are three of Clinton's toughest, most negative ads of the 2016 election.

In early September, Clinton's campaign released an ad that resembled the ink blot test a psychiatrist might give to a patient. But in this case, it was "Donald Trump's Immigration Ink Blot."

The ad laces audio of Trump's various comments about immigration — "end birthright citizenship," "the Great Wall of Trump," "they're going to be deported" — over images that morph from ink into immigrants and walls. A violin whines throughout the minute-long attack ad.

A pivot on "deplorables"

After Clinton called half of Trump's supporters a "basket of deplorables," a comment she later apologized for, Trump criticized Clinton for her words. "You can't lead this nation if you have such a low opinion for its citizens," Trump argued in his counterattack.

The Democrat's campaign ran with that material. After Trump's counterpunch, Clinton's campaign released this video which details Trump criticizing or belittling various individuals or groups of Americans.

For weeks, a theme of the presidential election has been how Trump treats women. He has repeatedly defended his past actions and comments about women, saying he has been an advocate for women to advance in his company.

But Clinton's campaign has made a point of surfacing his more unsavory comments. In multiple ads, including "Mirrors" below, the Clinton campaign shows women gazing at their reflections in mirrors as Trump's past comments about women —  "A person who is flat-chested is very hard to be a 10," "Does she have a good body? No. Does she have a fat ass? Absolutely," and "I'd look her right in that fat, ugly face of hers" — provides "narration."