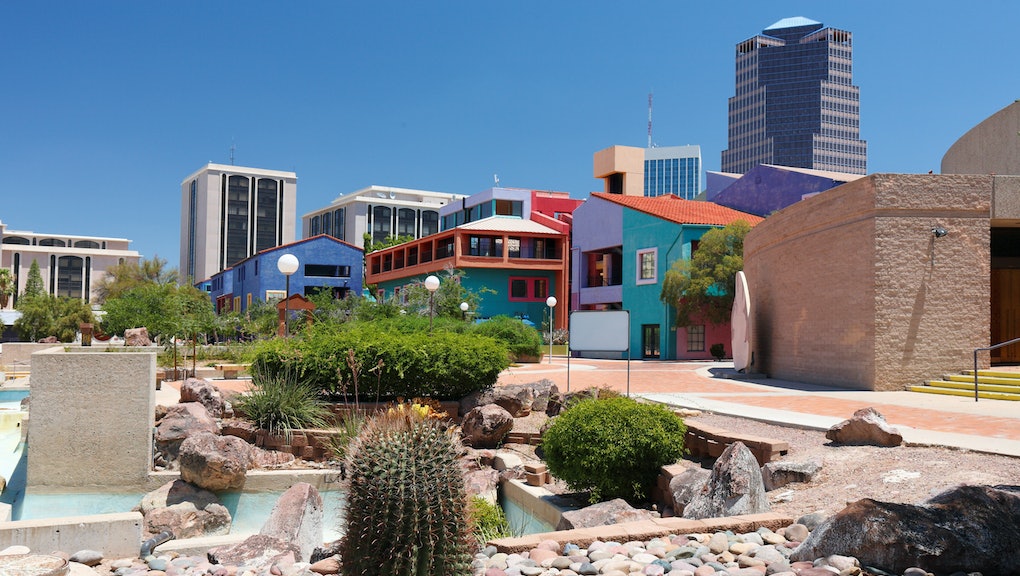 Move to these 10 affordable U.S. cities if you hate having roommates

Fed up with hair in the shower? Tripped over one too many dirty socks?

Maybe it's time to ditch the roommate for a space of your own. Of course, the only problem is rents are sky high right now — and it's especially difficult to live solo in popular urban centers like San Francisco and New York City.

The math is what makes it hard: On average, you save more than $1,000 a month in those cities if you split a two-bedroom with a roommate rather than rent a one-bedroom on your own, according to a new ranking of roommate savings in the 50 largest U.S. cities from financial website SmartAsset.

But if you flip SmartAsset's list upside down, you'll find places like the millennial paradise Tucson, Arizona, where you save only $187 by having a roommate — because the average rent on one-bedroom units is only $681 a month to begin with.

In fact, monthly rents in the 10 cities where you need roommates the least all averaged less than $850. Here's the full list.

Average one-bedroom rent is $775 a month.

With a low unemployment rate and strong job growth, as well as its vibrant food and music scenes, Omaha is a great place for young people.

The average cost of a two-bedroom apartment in Omaha is $984, so the savings from having a roommate would amount to $283 a month.

Average one-bedroom rent is $657 a month.

Wichita is ranked as one of the top 10 cities for college graduates, according to SmartAsset. Its combination of strong job growth in the energy, construction and business industries plus its low cost of living helped it gain that spot.

A two-bedroom apartment costs $762 in Wichita, which leaves a roommate savings of $276 a month.

Average one-bedroom rent is $730 a month.

Albuquerque is known for its Old Town neighborhood and hot air balloon festival, but it also has a low cost of living — less than the national average.

Currently the unemployment rate in Albuquerque is higher than the national average, but job growth is strong.

The price of a two-bedroom apartment in Albuquerque is $915, which means you'd save only $273 a month with a roommate.

Average one-bedroom rent is $700 a month.

Oklahoma City is a terrific place to start a small business, and was named the best place to do so by Entrepreneur magazine.

A strong business-lending environment, combined with a low cost of living, has it leading the pack.

In Oklahoma City a two-bedroom apartment will cost $862. That means you'd save $269 by getting a roommate.

Average one-bedroom rent is $842 a month.

Phoenix is one of the more affordable large cities in the western United States.

While the median income is below the national average, Phoenix is more affordable than most coastal cities. The region's healthy tourism industry helps support residents' costs, with visitor spending saving locals more than $1,000 a year in taxes.

Average one-bedroom rent is $661 a month.

El Paso is known for its low cost of living, especially compared with those in other Texas cities like Austin or Houston. The population of El Paso is relatively young, with a median age of 31.

The unemployment rate is a bit higher than the national average, but the economy is strong with ample jobs in health care, social services and sales.

The average price of a two-bedroom in El Paso is $818, which means you are saving $252 by getting a roommate.

Average one-bedroom rent is $757 a month.

Mesa was named the best big city in the Southwest in 2015 by Money magazine. As Money reports, there are bigger cities in the south, but none are as affordable for their size compared to Mesa.

Opportunities for outdoor adventure contribute to the high quality of life here.

Average one-bedroom rent is $651 a month.

Tulsa is a young entrepreneur's dream: When Nerdwallet compiled a list of the best cities for young startups, the Alley and the Valley were nowhere on the list — and Tulsa came out among the best.

A low cost of living, inexpensive operations environment, low unemployment rate and competitive wages for workers led to its placement on the list.

In Tulsa you'll pay $827 for a two-bedroom apartment. That means you'll save $238 with a roommate.

Average one-bedroom rent is $814 a month.

Cleveland was rated one of the 25 best cities for new college grads, again by SmartAsset, thanks to a low cost of living and good job prospects.

There are several Fortune 500 companies in the Cleveland area, including Park Hannifin, KeyCorp, Sherwin-Williams, JM Smucker and Progressive. And the average commute time for workers is only about 24 minutes, according to the Census Bureau.

Because the average rent for a two-bedroom is $1,195, you will save only $217 in rent by getting a roommate.

Average one-bedroom rent is $681 a month.

Tucson is one of the best cities for millennials: Many of the young people are at the University of Arizona, but there are jobs aplenty in Tucson — and the city has a below-average cost of living.

A quarter of the population is between ages 20 and 35 — and you really don't have to house-share with any of them!

Because the average rent for a two-bedroom is $988, you're only going to save $187 in rent by getting a roommate.

So spread out — and enjoy.