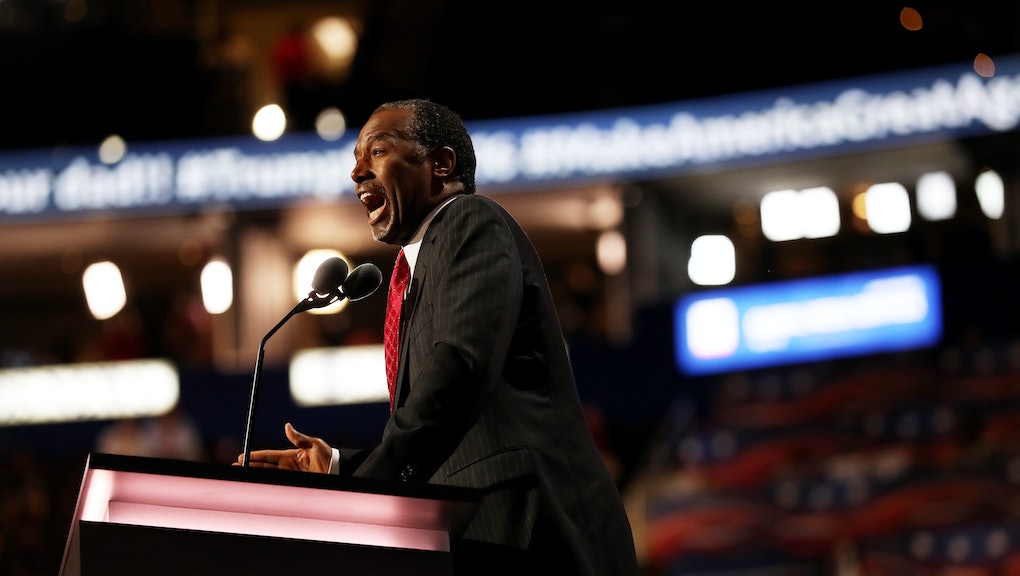 When panelists on the show asked Carson about the recent sexual assault allegations levied at Donald Trump, Carson not only deflected — he demanded a female panelist's microphone be turned off because he was frustrated by her line of questioning.

"Are you saying that these women are lying?" journalist Katty Kay asked Carson, referencing the now seven women who have accused Trump of sexually assaulting them.

"That's your characterization because you need to characterize it that way to try to make me the bad guy," Carson said, not only deflecting from answering Kay's question, but seeking to blame her for repeating words Trump himself used when defending himself against the attacks.

Kay, not accepting Carson's blatant attempt to wiggle out of answering, tried to push Carson for an answer.

Carson has been on the Trump train since March, after Carson himself dropped out of the presidential contest. Ever since, he's been one of the Trump campaign's most controversial and gaffe-prone surrogates, often messing up the campaign's talking points, or getting into trouble — like he did Friday morning.