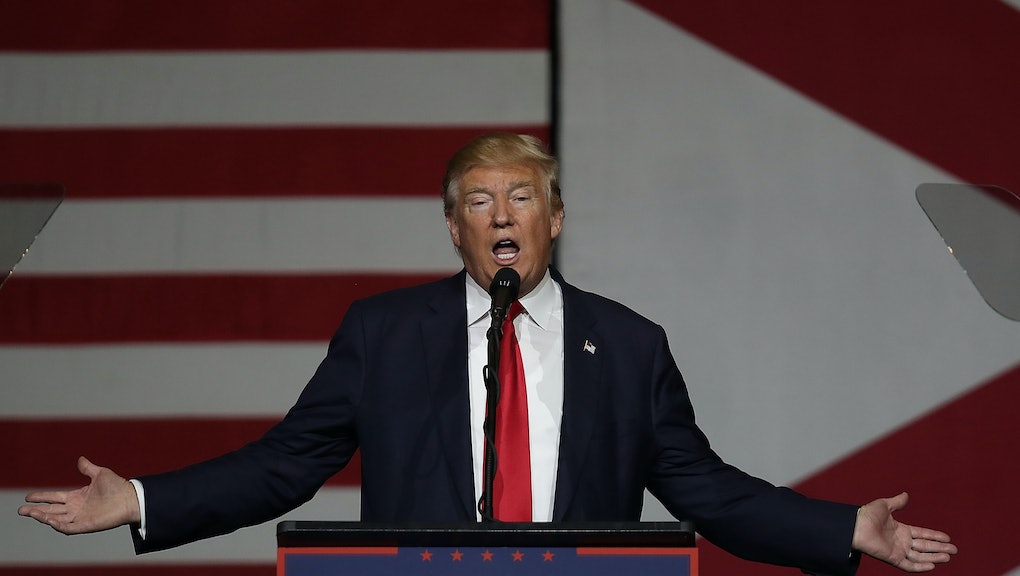 Donald Trump polls: Here's how the candidate's poll numbers have shifted in October

In a matter of weeks, Republican presidential nominee Donald Trump has seen his poll numbers sharply decline as the candidate fights allegations of sexual assault and harassment against women.

The controversy is clearly benefitting one woman in particular: Hillary Clinton.

The Democratic nominee for president has been rising in the polls, particularly since a video from 2005 surfaced on Oct. 7 showing Trump bragging about being famous enough to get away with sexual assault. In the debate that followed the leak, the candidate denied ever committing such an act.

Since then, several women have come forward to declare that yes, Trump is in fact guilty of such acts, citing their own experiences with the candidate. The accusations span decades.

The polls appear to reflect the fallout from this growing controversy.

According to FiveThirtyEight, on Oct. 1, before the 2005 Access Hollywood tape was released by the Washington Post, Clinton led Trump in an average of state and national polls, 43.5% to 40.5%.

A Fox News poll released Thursday gives Clinton an eight-point lead over Trump in a two-way matchup. RealClearPolitics puts Clinton ahead by 5.3 points in a four-way race including the top two third-party candidates.

"Look, you know, it's the old cliché, the only poll that really matters, they finish up on November the 8th," Pence told Fox News, according to Politico. "I think these polls have been all over the map. I honestly think there's something missing in the polling these days."

A Los Angeles Times/UCS Tracking poll released Friday puts Clinton and Trump in a tie, with 44% each in a two-way race. FiveThirtyEight gives Clinton an 84.4% chance of becoming the next president of the United States.