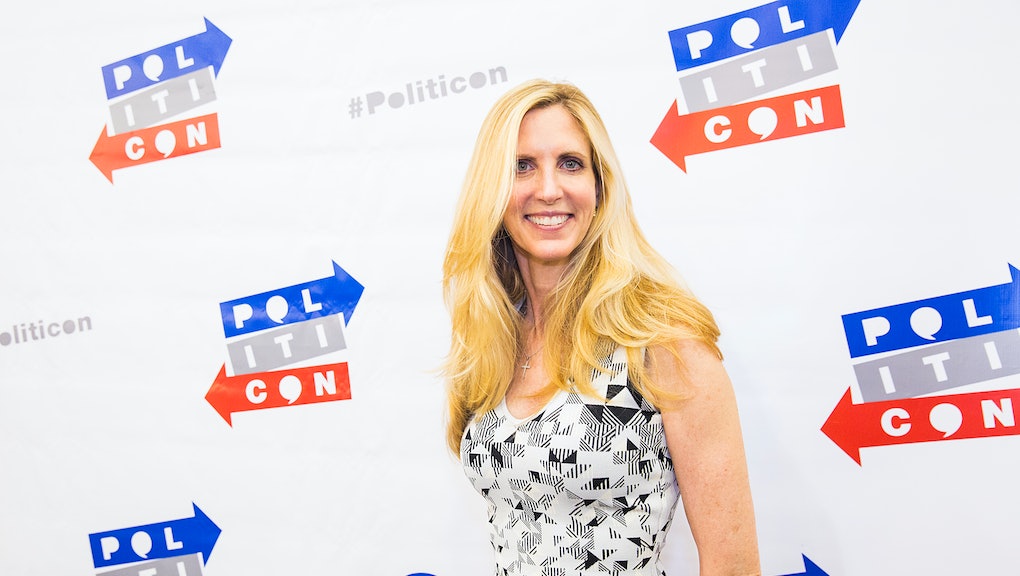 Right-wing provocateur and terrible roaster Ann Coulter proved on Friday that, if you try hard enough, you too can have one of the most garbage tweets of all time.

Overnight on Friday, Coulter tweeted to her 1 million followers: "Beyonce, cited by Michelle Obama as role model for her daughters, sings about 'pussy curvalicious, served delicious.' Oh my. I just fainted."

There's several big problems with this tweet. First among them: Beyoncé didn't sing those lyrics. In fact, no one did: the lyric, which Nicki Minaj spit, not Beyoncé, goes: "Curvalicious, pussy served delicious."

Minaj rapped the lyric on a remix to Beyoncé's song, "Flawless."

Besides mixing up two very different music superstars, Coulter is also attempting to indict Beyoncé for a sexual lyric that isn't even hers. And even if it were Beyoncé's lyric, the lyric would be about consensual sex with her own husband, which is not the same as sexual assault, which Trump has condoned in the past in his infamous "grab them by the pussy" remarks.

Trump's remarks prompted Obama to speak out against Trump at a New Hampshire rally, which may have prompted Coulter's late night tweet.

People have been dragging Coulter on Twitter since failing to tell two black women apart while simultaneously failing to criticize our black First Lady.

Ann, what a noble effort to try to drag two of the most successful black women in America. Too bad you ended up dragging yourself.

In the words of another famous black woman, "If at first you don't succeed, you dust yourself off and try again."