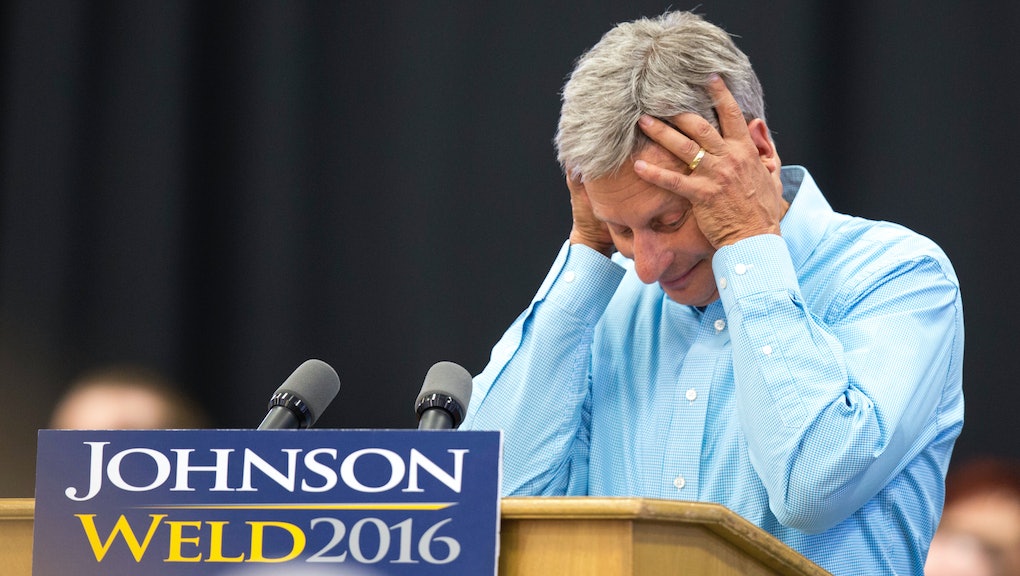 Will Gary Johson be in the presidential debate? Here's where he stands in the election.

Libertarian presidential nominee Gary Johnson is not qualified to participate in the third presidential debate on Wednesday, Oct. 19 in Nevada, according to the Commission on Presidential Debates.

In a statement from the commission released Friday, the commission outlined the criteria that would allow someone to garner an invitation to the debate and only two candidates met the criteria — Republican nominee Donald Trump and Democratic nominee Hillary Clinton.

The commission did not invite Johnson to the debate.

According to the commission, in order to receive an invite, the candidate must be eligible to hold the office under the constitution, have gotten on enough state ballots to win a majority of the electoral college and have the support of at least 15% of the electorate.

According to the polls read by the commission, Johnson currently has 7% support, less than half what he needed to get a debate invite.

Despite competing against two of the least-liked presidential candidates in American history, Gary Johnson has not caught on with voters, most likely due to his gaffe-prone media presence.

He infamously asked "What is Aleppo?" when asked to comment about the city at the heart of the Syrian civil war and refugee crisis. Only a few weeks later, he struggled to name any foreign leader he respects.

According to a New Yorker profile released in July, he also once asked an aide who Harriet Tubman was.

According to FiveThirtyEight, Johnson will walk out of the November election with about 6.3% of the vote.