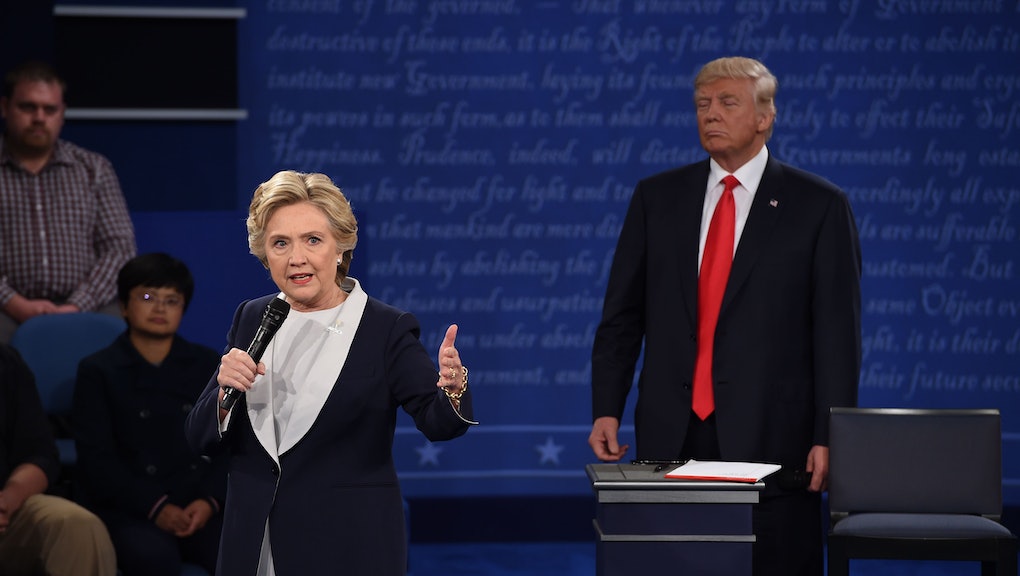 The third and final presidential debate between Democrat Hillary Clinton and Republican Donald Trump will commence on Wednesday, Oct. 19, 2016, at the University of Nevada in Las Vegas.

The two prior debates saw often vicious fighting between Trump and Clinton, with round one ending in a such a rout even Trump's surrogates admitted he clearly lost and round two ending in something more closely approximating a draw.

In the meantime, Trump has steadily lost ground amid a burgeoning series of scandals including the release of a 2005 videotape in which he bragged about groping and kissing women without their consent, investigations into his tax payments and compliance with laws regulating charities, and a growing rebellion in the rest of the GOP against his candidacy.

Where to watch the debate live and online

Finally, as the AP noted, Snapchat will be covering the debate as a live event, while CBS will be running integrated Instagram stories on CBSN, its streaming app.