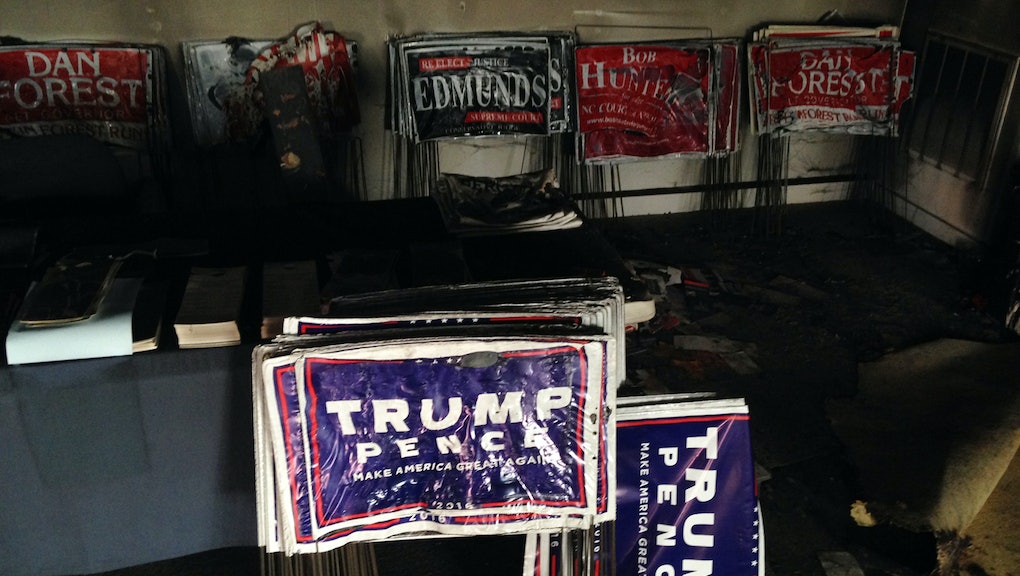 After the Republican headquarters in North Carolina was firebombed Saturday night, Democrats — the group Donald Trump has blamed for the incident — have raised over $13,000 to help reopen the center.

The HQ in Orange County was targeted with a bottle of flammable liquid thrown in the front window, and "Nazi Republicans leave town or else" was spray painted on an adjacent building, Mic previously reported.

David Weinberger, a senior researcher at the Harvard's Berkman Center for Internet and Society, set up the GoFundMe page Sunday.

"As Democrats, we are starting this campaign to enable the Orange County, North Carolina, Republican office to reopen as soon as possible," the GoFundMe page reads.

The fundraiser quickly surpassed its original goal of $10,000 Sunday night.

While many applauded Weinberger's efforts, other's believe his goodwill is misplaced.

Although authorities have yet to name a suspect in the incident, Republican presidential nominee Trump quickly placed the blame on Democrats "representing Hillary Clinton."