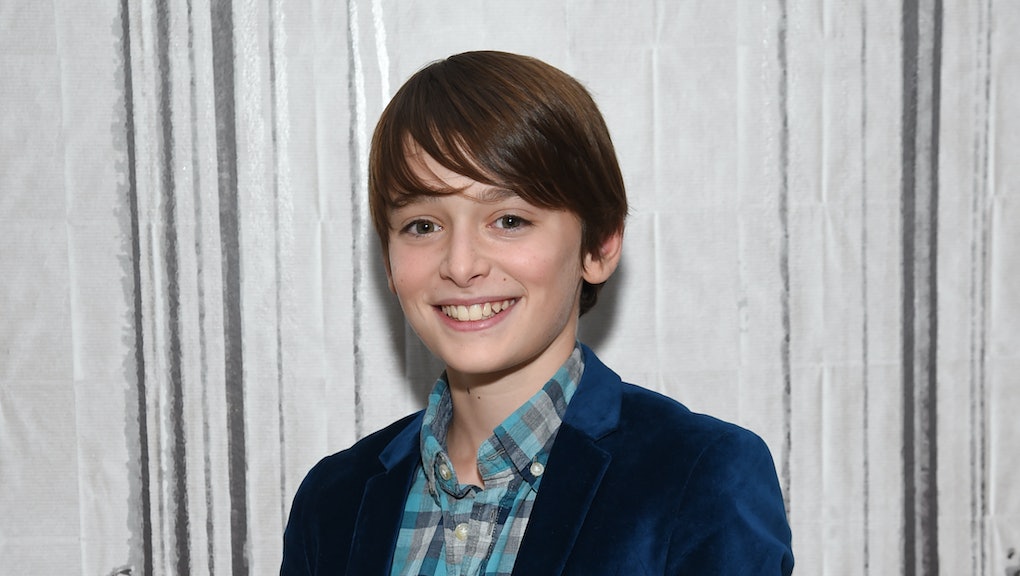 Is Will Byers gay? That's a question that has bounced around debates about Stranger Things since the show's release this summer. As io9 notes, the character (played by Noah Schnapp) is demeaningly called gay by bullies on the Netflix series, but the show never really explores his sexuality. But Schnapp thinks that debate is "besides the point."

The 12-year-old actor addressed the discussion about Will's sexuality on Instagram, saying the show is about kids coming together because of their differences. Whether or not Will is gay isn't the issue for Schnapp.

"Stranger Things is a show about a bunch of kids who are outsiders and find each other because they have been bullied in some way or are different," Schnapp wrote. "Does being sensitive, or a loner, or a teenager who likes photography, or a girl with red hair and big glasses, make you gay?"

He then concludes by saying he hopes the answer to questions about Will's sexuality "never comes out."

While it's admirable that Schnapp is engaged with such a weighty, important question about representation at such a young age — following the lead of Hollywood's smartest teens — his answer is a bit off-base regarding the realities of LGBTQ representation in TV and film.

Schnapp is saying viewers who want to see Will's sexuality explored on-screen are "missing the point" — that the mystery is more important than the truth. But for queer fans of the show, especially young ones (who are part of a generation that is increasingly open about exploring sexuality), to see a young character go through that process of discovery is important.

It's not unusual for young characters to be queer or questioning anymore. The Fosters featured a 13-year-old boy having his first kiss with another boy. At 12, Schnapp (and thus his character) isn't much younger. Stranger Things would be smart to pick up on this fan debate – one that resonates far beyond just this show, into demands for more and better queer representation — and take it into consideration when writing Will going forward.

Of course, Schnapp's answer is understandable. He deserves kudos for addressing the debate at all, especially with such a specific viewpoint and insight. But over time, he may learn that when it comes to representation of any marginalized group, including LGBTQ youth, exploring it does matter.