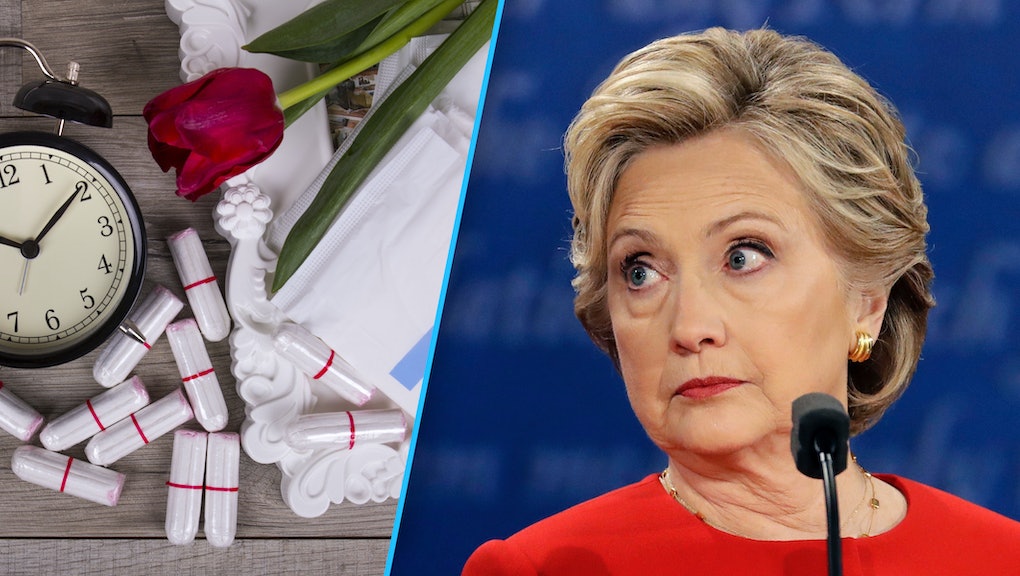 Carl Unger of Montgomery, Pennsylvania, has a question about periods — specifically, about the potential havoc menstruation could wreak on our nation and government, if we elect a uterus into the White House.

So urgent was his query that he wrote the editor of his local paper, where he voiced his uterine concerns apparently without pausing to consider human biology first.

"They call us [Donald Trump supporters] sexist just because we are critical of Hillary Clinton and her health," Unger explained in a letter to the Williamsport Sun-Gazette. "What if that time of month comes and she is sick at the same time?"

Alas, the submission — which ran under the title "Take our country back" — is paywall-protected, but reporter Anna Orso kindly tweeted a picture, furnished by her father, from the print paper.

As evidenced by his letter, Unger is worried about many things. He worries that "social justice ... is just code for socialism"; about the day "the government comes" and he finds himself defenseless, because the Democrats took his guns; about being called a racist for beliefs that do seem pretty racist, honestly.

None of it necessarily makes sense, but the particular fear that Clinton's menstrual cycle might mess with her ability to do her job is unfounded for two reasons: First, she is 68 years old, soon to be 69, and women usually go through menopause — which is to say, stop menstruating — in their 40s or 50s. Clinton is probably out of the period woods.

The second reason is that her age doesn't even matter, because women get their periods all the damn time — sometimes in conjunction with illnesses — and still manage to go about their daily business, because that's what life is.

According to one Twitter user, though, Unger is "always up to some bullshit," so maybe this is just another instance of that.

Maybe Unger is just trolling us all.