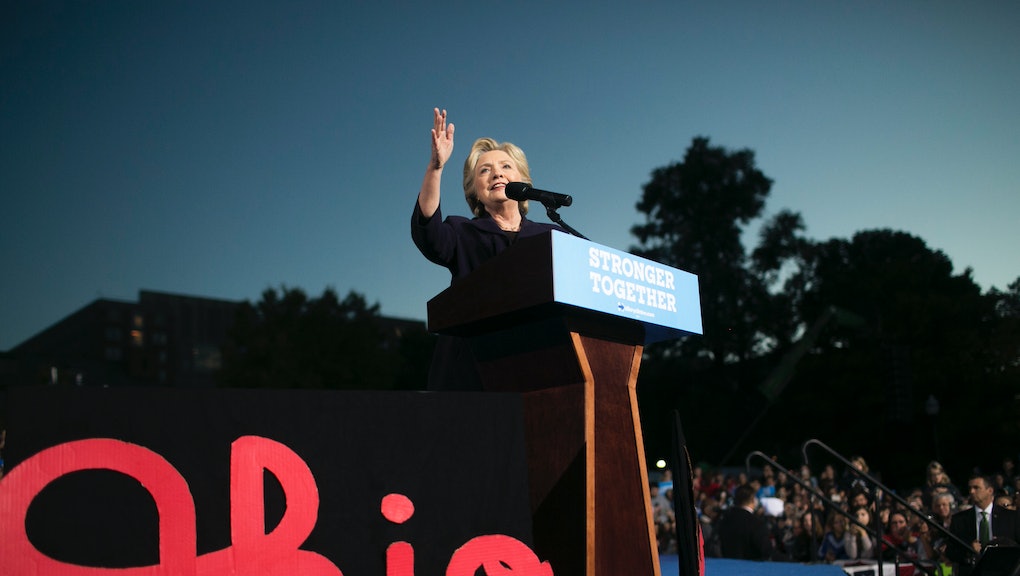 Ohio polls: Here's how Donald Trump and Hillary Clinton stack up with voters

The road to the White House leads through Ohio, which will once again prove to be a real battleground state.

Democratic presidential nominee Hillary Clinton is leading by just 1.6 percentage points in Ohio, according to a RealClearPolitics average of state polls.

Clinton leads Trump by just two points, according to an Emerson College poll released last week. Conducted from Oct. 10-12, the poll includes the two leading third-party candidates and has a margin of error of plus or minus 3.9%.

An NBC/Wall Street Journal/Marist poll taken during the same time period shows Trump with a one-point lead over Clinton in a four-way race. That poll's margin of error is plus or minus 3.6%.

Clinton has been gaining ground in Ohio, where 18 electoral college votes are up for grabs. Trump was leading in the polls earlier this month, but the slew of sexual assault allegations and his performances in the first two presidential debates have clearly taken a toll on the candidate's poll results.

Trump's running mate, Indiana Gov. Mike Pence, is holding two campaign events in Ohio on Monday. And Clinton's vice presidential candidate, Virginia Sen. Tim Kaine, will be in Ohio on Wednesday ahead of the third and final debate.

Ohio voters have correctly picked the president every year since 1964.