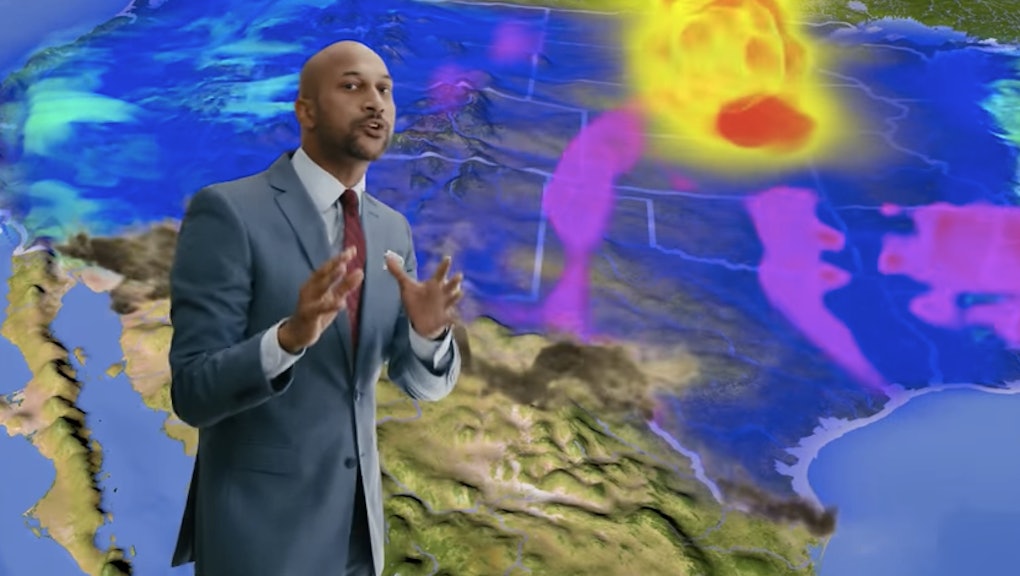 Key plays a weatherman, Frank, delivering the scariest forecast of all time — that of President Donald Trump's inauguration day. Frank warns us about a "heavy wave of denial coming in from both coasts," "massive construction fronts" along the Mexican border and a "nuclear winter coming in from the southeast" that should "take out all sentient life on the continent ... within the first 100 days."

As for our friendly neighbors to the north? Don't go crying to them, Frank says of Canada, from which "we can expect giggling and smug looks."

And when the terrifying forecast of what's to come under President Trump makes co-host Tammy cry? Well, Tammy voted for Jill Stein.

"Now suck it up like the rest of us," says Frank.

In September, Whedon enlisted his A-lister pals for Save the Day's star-studded PSA promising that, if viewers vote, actor Mark Ruffalo would do a nude scene in his next movie. Another more serious spot produced by the group features actor Jesse Williams.