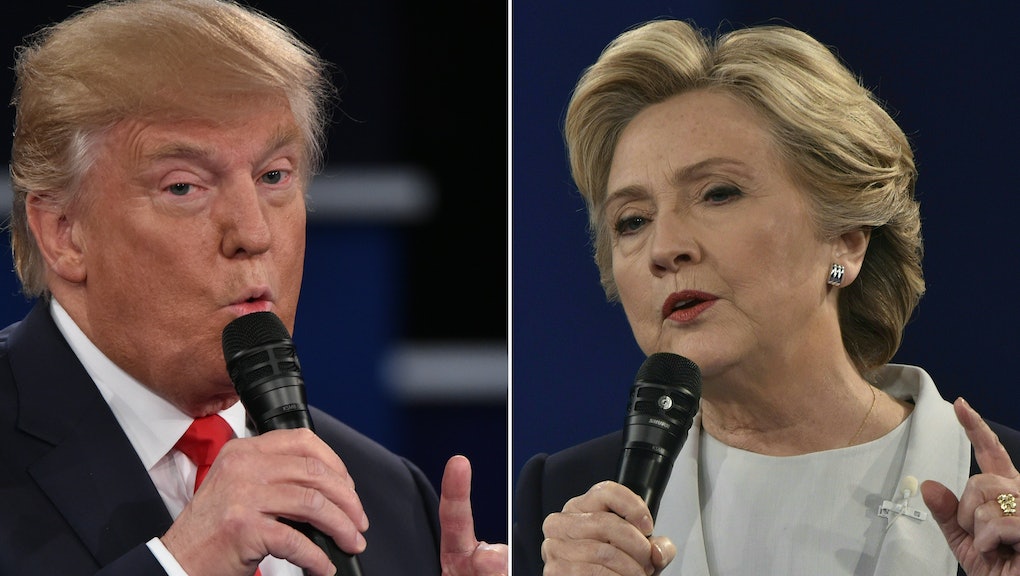 But the data show one disparity worth noting: "How to vote for Trump" usually ranks higher than "How to vote for Clinton" and "How to vote for Hillary." There could be a number of reasons why, but the trend brings up one important point: Trump doesn't have as much support on the ground for voter registration as Clinton does.

"Everything we know about politics indicates that in very close races, the ground game is absolutely critical," veteran GOP consultant Whit Ayres told U.S. News and World Report. "Being able to identify your voters and get them out to the polls is one of the fundamentals of running a professional campaign."

According to FiveThirtyEight, Clinton has Trump beat when it comes to field offices around the country. She has 487; he has 207.

This could point to why there are more people Googling around to try to figure out how to vote for Trump.

Another element that might obfuscate the path to the voting booths? Trump's call for his supporters to vote on Nov. 28. Election Day is Nov. 8.