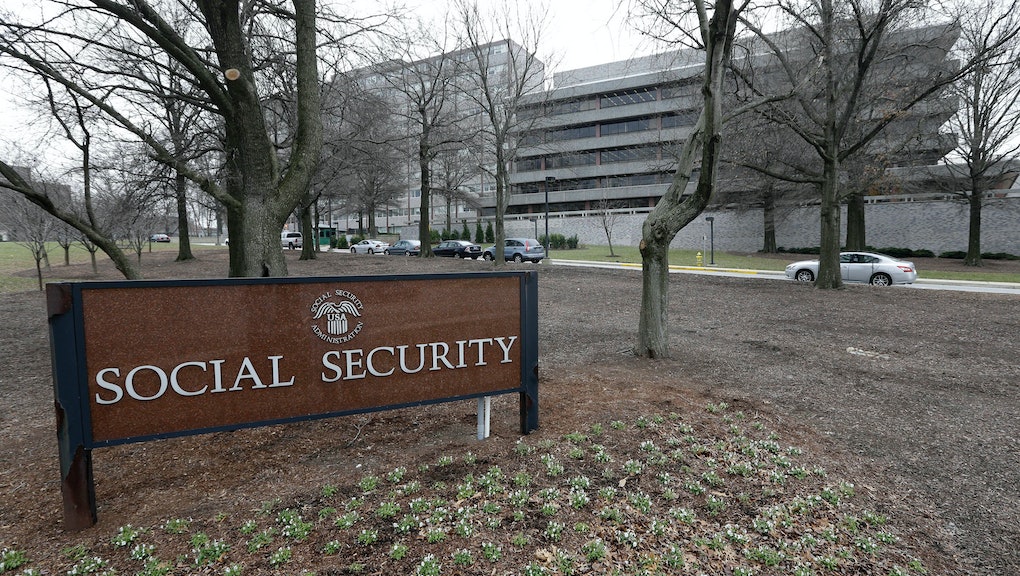 Here's why entitlements like Social Security, Medicare and Medicaid are in crisis

About half of the United States budget goes toward paying Social Security, Medicare and Medicaid. These programs, called entitlements, are a vital support for millions of Americans who need health coverage and income in retirement.

These entitlements are also a heavy drag on the U.S. economy.

Baby Boomers continue to age out of the workforce and cash in, taking benefits and living longer. There are about 50 million Americans getting Social Security and another 11 million who receive disability benefits. Medicare benefits go to 55 million people.

All the while, there are comparatively fewer and fewer younger workers able to take jobs and help fill the coffers.

Conservatives traditionally try to downsize entitlement programs: Republican presidential candidates in the primaries floated ideas like increasing the retirement age and reducing costs by adjusting the formulas that determine how benefits are provided.

Republican presidential nominee Donald Trump has not stayed within the established Republican swim-lanes with regard to entitlements. He says he is committed to preserving Social Security and medical benefits.

But his position of no reduced benefits — without any new taxes either — has come under fire from New York Times editorial board, which wrote that such a plan would "bankrupt the system."

Democratic presidential nominee Hillary Clinton toes the standard line of the left: She has said she would like to expand benefits for the lowest earners and tax wealthier Americans to help fund the programs.

Here's why these programs are in crisis, and why entitlements are a problem the next president will need to address.

Will I get my Social Security benefits?

Currently Social Security is on track to make timely payments to beneficiaries through 2037, or 21 years from now.

That said, the government should probably get around to doing something about Social Security before then.

That's because the program will start to cost more than it makes in interest income and taxes by 2020. In fact, it has been paying out more than it takes in in taxes since 2010 — it's only because of interest that it can stay ahead for the time being.

Problem is, there are only about 2.8 workers for every one Social Security beneficiary right now. Due to demographic shifts and the growing aging population, that ratio has been coming down for years. It is expected to drop even further to a ratio of 2.1 workers per beneficiary, by 2034.

The coming administration will need to change the system to ensure it continues to make payments: 50 million is a lot of people, and older people tend to get the vote out.

Something's gotta give. Either workers will have pay more into the Social Security fund each month, or they'll have work longer before getting the benefits.

The only other alternative would be to reduce benefits.

Who is Medicare for and how long will it last?

Medicare is a government health insurance program for older and disabled Americans that was established in 1965.

Like Social Security, Medicare faces demographic headwinds as fewer Americans pay into the pot, while more are getting benefits than in the past.

One small piece of good news is that healthcare expenditures have gone down in recent years.

But it may be too early to tell if that trend will stay.

On a national level, healthcare and Medicare spending both grew in a big way from 1974 to 2009. Then, in the midst of the recession, it slowed. From 2009 to 2013, healthcare spending started to decline.

This change may be because of efficiencies put in place — think generic drugs and improved payment methods. Then again, it might just have been because of the overall slowdown in the economy.

Who is Medicaid for and how long will it last?

Medicaid is the health care program for families and individuals with limited resources.

Spending on Medicaid, like healthcare spending for private insurance and Medicare, has slowed in recent years. In fact, Medicaid spending will likely be $1.05 billion less — for the years from 2014 to 2019 — than the government originally forecasted, according to U.S. News.

Still, there are so many variables in the healthcare system right now — including the Affordable Care Act, technology in medicine and costs of drugs — that it is unclear how long slowed Medicaid spending will last.

The candidates have different approaches to Medicaid.

Trump's proposal is to block-grant Medicaid to the states: The idea is that since the program is already administered by the states under federal authority, a block-grant would give the states more autonomy in how to use the federal money.

Trump argues that the states already run Medicaid programs offer more than the minimum requirements, and that states are better equipped to meet citizens' needs while reducing waste.

Democratic presidential nominee Hillary Clinton's stance on Medicaid is to expand the program to more people — and make enrollment easier.