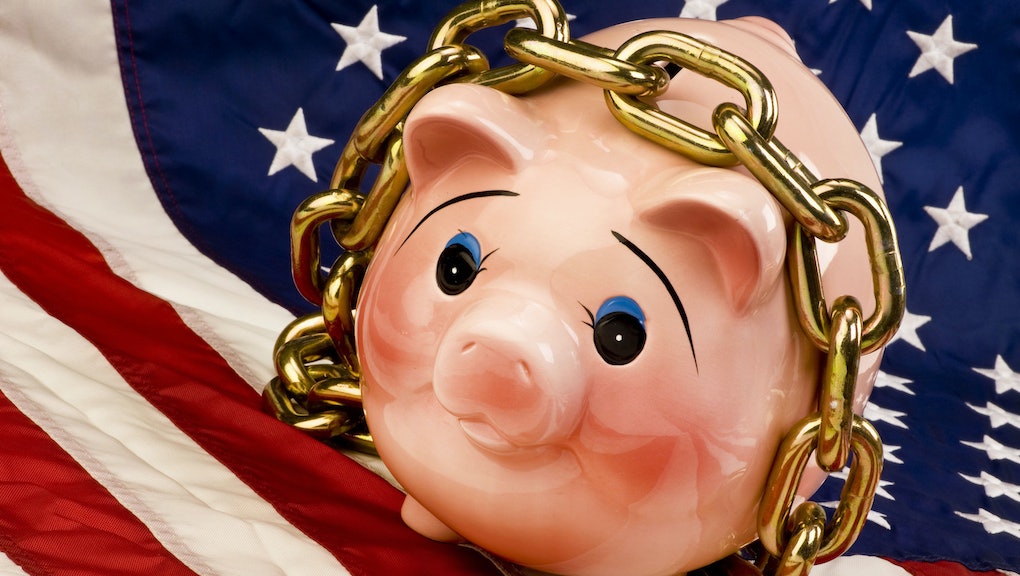 What is the national debt? This chart shows how US debt has changed over time.

But what does that even mean? And what is the problem with national debt? Let's break it down, starting with identifying the difference between the debt and deficit.

The deficit is any extra money the government spends each year, above the amount of cash the government brings in — through income taxes, for example.

The debt is the cumulative amount of money a government owes its creditors (including interest) from borrowing money to finance — among other things — the deficit. A government's creditors can include other countries, companies, organizations and even individuals who've purchased government bonds or other debt securities.

While some argue that large national debt is dangerous, there's also evidence that U.S. debt can be a boon for American workers.

Here's how the United States' national debt has grown over the last decade.

In the chart below you can see how the debt has shifted, alongside annual deficits, dating back to Franklin D. Roosevelt's presidency in 1940 — with both expressed relative to annual U.S. gross domestic product, aka the total amount of money made from goods and services in the economy.

It's helpful to look at debt in the context of a country's GDP because a healthy economy makes it more likely a country will be able to pay back borrowed money. If the ratio is high, on the other hand, that might indicate a nation will have a harder time meeting obligations — and then creditors might want to raise interest rates on loans down the road.

The U.S. debt-to-GDP ratio reached a historical high immediately after World War II, which makes sense give the enormous cost of the war. At its peak in 1945, the cost of WWII equalled more than 35% of America's GDP, more than any other war in modern U.S. history.

Now, there is debate among economists about the optimal debt-to-GDP ratio: While some argue debt higher than 60% of GDP is a bad idea in developed countries, others say you don't reach the danger zone of slower economic growth until about 95% or 96% of GDP. And yet others suggest there is no specific number or "magic threshold" past which healthy national debt turns unhealthy.

To be fair, fighting back against the recent recession cost the government a lot of money. Initiatives like the Troubled Asset Relief Program, which cost roughly half a trillion dollars, didn't come cheap.

Since then, the U.S. economy has stabilized — and so has our debt.