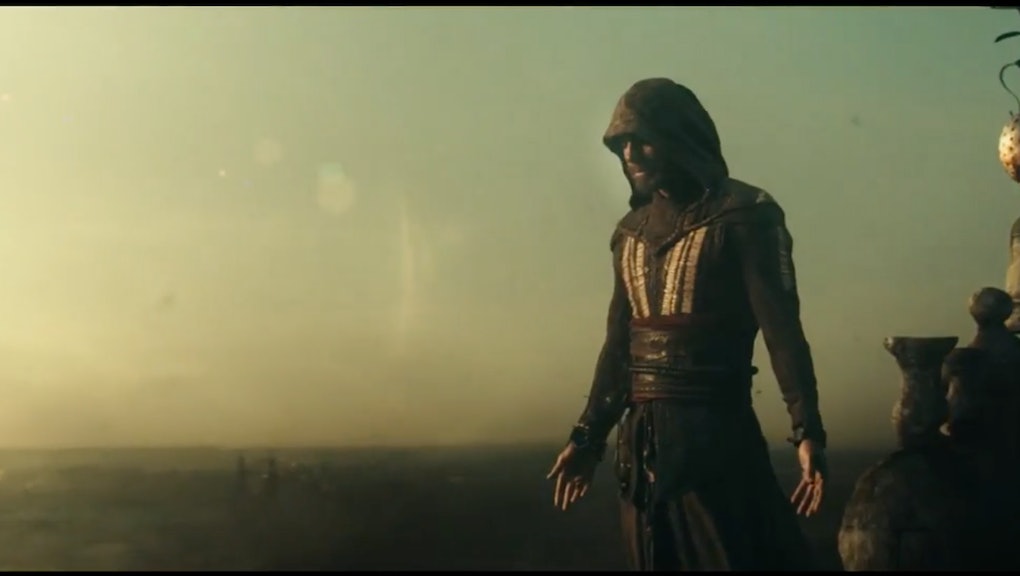 Will there ever be a good movie to come from a video game adaptation? The Assassin's Creed film looks to break the curse in December — in the meantime, a stunning new trailer was released Tuesday.

The film, which stars Michael Fassbender and Marion Cotillard, borrows an interesting premise from the video game: People can access the memories of their genetic ancestors through futuristic technology. For Fassbender's character, Callum Lynch, that means being able to live out the life of his ancestral assassin during the Spanish Inquisition.

While the shots of 15th century Spain in the new trailer are stunning, the film's executive producer Pat Crowley previously told IGN it would take place roughly 65% in the present day, and 35% in the past. It's a bit of a stretch from the video game series — with gameplay that's almost exclusively set in different time periods — but as Crowley notes, the movie is a different experience in and of itself.

"This isn't a video game that we're making," he tells IGN. "We're trying to make a cinematic experience, so there are new things that we have to introduce."

Watch the new trailer for Assassin's Creed, which hits theaters Dec. 21, below.