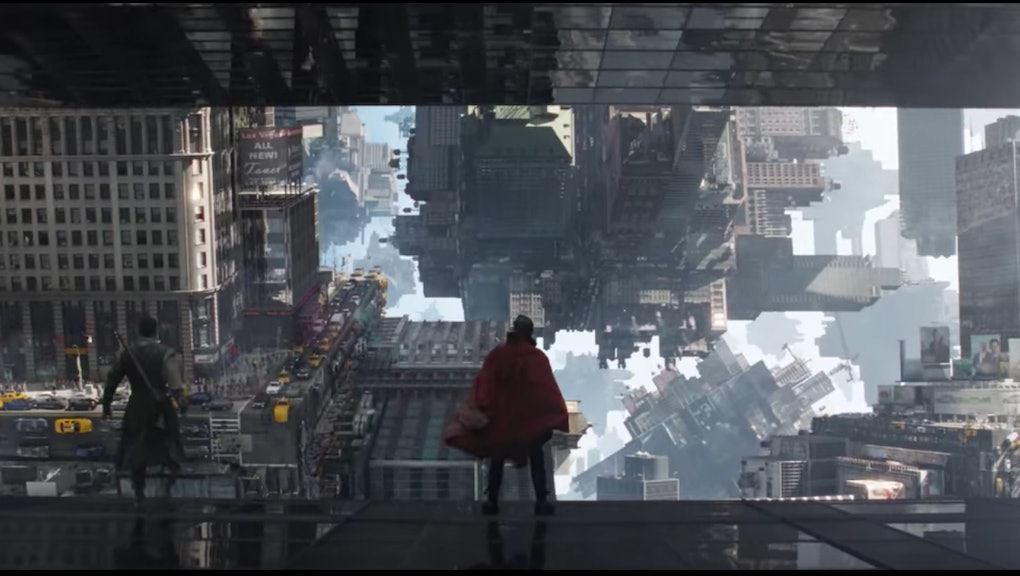 'Doctor Strange': Here's what you need to know about Marvel's latest film

There hasn't been a more ambitious — and dare we say, strange — film in the Marvel Cinematic Universe than the next one on its slate: Doctor Strange. The psychedelic superhero film, its titular star played by Benedict Cumberbatch, has the makings of what Christopher Nolan's Inception meets mind-tripping LSD might look like. The movie marks Marvel's first on-screen foray into multiple dimensions.

For moviegoers suffering from repetitive superhero-movie fatigue and DC Comics' critically disappointing movies, Doctor Strange could be an antidote as an entirely new on-screen concept for the genre. The film hasn't been without controversy, however, which could hinder its chances at critical and financial acclaim.

Ahead of it's release in November, here's what you need to know about Doctor Strange.

Who is Doctor Strange? If the film closely follows the comic book character's origin story — which from the trailers, it appears to — Cumberbatch plays the titular character Dr. Stephen Strange, a talented neurosurgeon. But Strange's career is ruined after his hands are irreparably damaged in an accident.

Strange seeks out the mysterious Ancient One (Tilda Swinton) to help fix his mangled hands, but in the process, is introduced to a new worldview centered around the mystic arts.

"You're a man looking at the world through a keyhole," the Ancient One tells Strange in the film's first trailer. "You've spent your life trying to widen it. Your work saved the lives of thousands. What if I told you that reality is one of many?"

A bewildered Strange simply responds, "Teach me" — and that's where Doctor Strange should lead into a mind-bending exploration of multiple dimensions and chakra.

It's been called out for whitewashing an important character. Unfortunately for Marvel, Swinton's casting as the Ancient One has been widely panned for an increasingly troubling Hollywood trend: whitewashing. Swinton's character was initially an Asian male, and while the character was offensively stereotyped in the comics, fans had hoped Marvel would right a previous wrong and give the character a fitting on-screen portrayal.

What they got instead, however, is Swinton — though as one of the writers for the film, C. Robert Cargill, explained, he felt the decision was a "cultural landmine" because the character was also Tibetan. Translation: Marvel was concerned the Ancient One would also offend China, a huge global market.

"There is no other character in Marvel history that is such a cultural landmine, that is absolutely unwinnable," Cargill said, in an interview with the Double Toasted podcast. "The Ancient One was a racist stereotype who comes from a region of the world that is in a very weird political place."

Where Marvel hopes to assuage offended fans (and George Takei), however, is with its depiction of Wong (Benedict Wong). In the comics, Wong is a similarly offensive character — essentially acting as Strange's manservant. But Marvel updated the character so that he isn't a subordinate of Strange, but rather, his mentor.

"In this version, instead of a manservant, he's a master sorcerer and, instead of a sidekick, he's Strange's intellectual mentor, instead of just a kung fu fighter, he is kind of like a drill sergeant over this compound," Doctor Strange director Scott Derrickson told Entertainment Weekly. "It was really fun to build from the comics a new character that was an inversion of what was dated and stereotypical about the character. Then Benedict Wong came in and brought an entirely new dimension to that character. He's just terrific in the movie."

Yes, it's going to be very trippy. For comic book readers, it's worth wondering just how ambitiously trippy Marvel can be with Doctor Strange in such a way that it doesn't alienate viewers. For reference, here's some of the crazy, imaginative illustrations the comics have produced.

If the trailers are any indication, however, Marvel isn't afraid to get a little weird. One teaser, in fact, runs backwards (Marvel tweeted about it in that style, too) and teases the notion that Doctor Strange could mess with time travel, perhaps with one of the Infinity Gems. Regardless, it has us stoked.