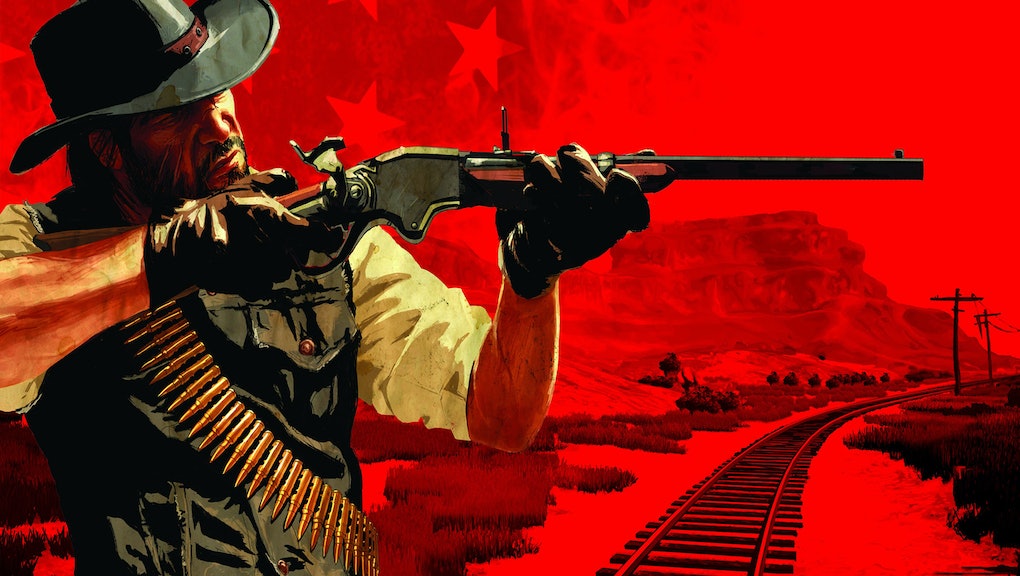 It's official: Red Dead Redemption 2 is coming to a screen near you.

After a pair of teaser tweets went viral on Sunday and Monday, Rockstar Games used the platform to announce the follow-up to 2010's game of the year. Fans woke up Tuesday morning to the exciting news:

Red Dead Redemption 2 arrives in fall 2017 and fans will get their first look at the upcoming game on Thursday, when the first official trailer is released. For now, details on the third-person Western remain limited, but Rockstar did tease a little summary on its website:

Developed by the creators of Grand Theft Auto V and Red Dead Redemption, Red Dead Redemption 2 is an epic tale of life in America's unforgiving heartland. The game's vast and atmospheric world will also provide the foundation for a brand-new online multiplayer experience.

Online multiplayer is certainly a major addition to a series that's already been praised for its immersive narrative experience.

Red Dead Redemption 2 is expected to arrive on the PlayStation 4 and Xbox One. Stay tuned.