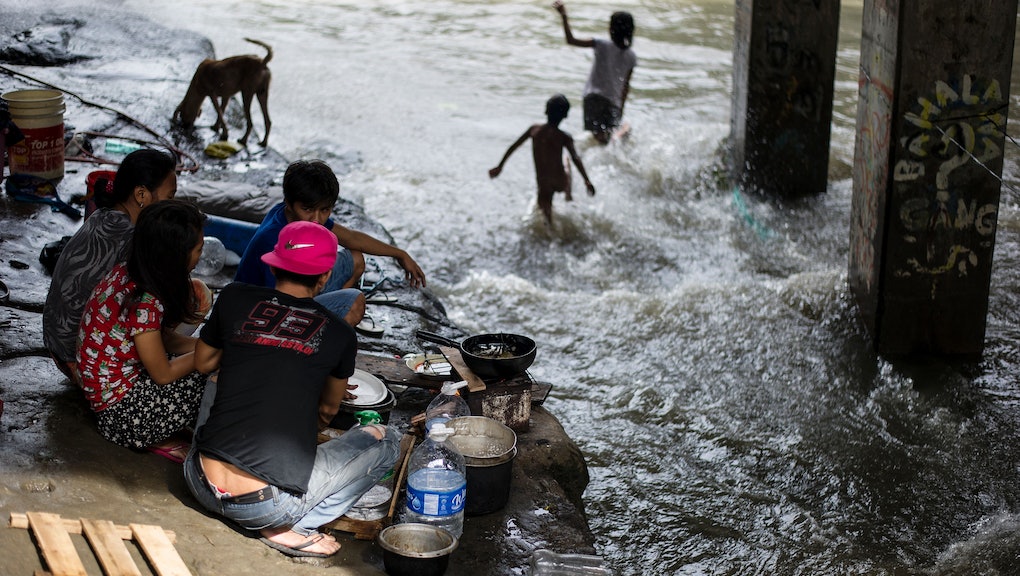 Lawin is predicted to make landfall in Northern Luzon, the country's most populous island, bringing with it winds that could be 220 kilometers per hour — about 136 miles per hour — or higher.

The storm currently has maximum sustained winds of nearly 115 miles per hour, but could intensify as it moves from open sea toward land, Esperanza Cayanan, chief of the Philippine Atmospheric, Geophysical and Astronomical Services Administration's weather division, told the Star. "We're not yet discounting the possibility that it could become a super typhoon."

Cayanan compared Lawin to super Typhoon Yolanda, also known as Typhoon Haiyan, which caused major destruction and a devastating storm surge when it hit the Philippines in 2013. Yolanda left at least 6,300 dead and 4 million people without homes, Time reported in 2014.

Officials in the Philippines are reportedly warning residents against "coastal activities," according to the Star, and are urging people in affected areas to seek guidance from local officials.