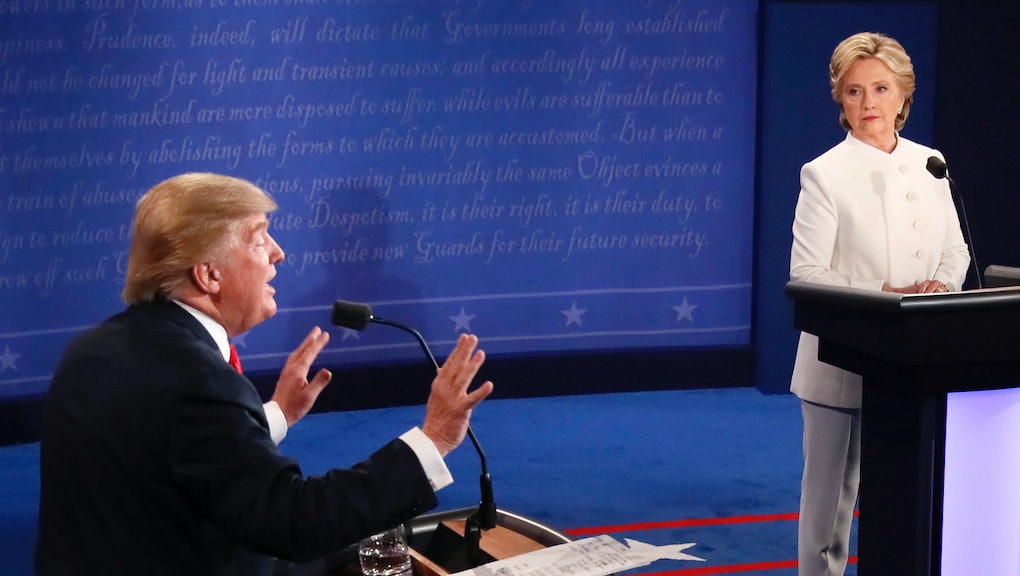 Protecting and improving your credit score is up to you. But the decisions of the newly-elected president will also affect your life as a borrower, influencing everything from the interest rates you pay to your credit score and how hard it is to pay off debt.

One explicit way an incoming president could help protect borrowers, for example, might be to support proposed legislation that would overhaul the credit reporting system. Better reporting could save you money through lower APRs — by making it less likely that your credit score gets dinged for unfair reasons.

More indirectly, presidents can influence the health of the economy, which in turn drives decisions by the United States central bank to lower or raise interest rates.

Here are some key questions — and answers — to help you understand how the next president might affect you as a borrower.

The U.S. central bank, or Fed — short for Federal Reserve — is an independent entity overseen by Congress. It's headed by the Board of Governors, which is chaired by Janet Yellen.

The Fed's main task is to keep the economy humming while putting a lid on inflation. That means keeping as many people in jobs as possible, without letting the prices of stuff we buy and services we use get too high.

Now, the next president — like all U.S. presidents — does not get a direct hand in the Fed's decisions. The president appoints the chairperson and helps set goals; then it is hands off.

This is a good idea.

Studies have shown that inflation and economic growth are healthier when central banks can handle daily activity without pressure from politicians.

How does the Fed raise interest rates?

The Fed sets a target number for the federal funds rate, which is the interest rate at which banks and credit unions lend money to each other.

To stay competitive, these financial institutions then peg the interest rates they charge you — for loans, credit cards and so forth — to the federal funds rate.

Actually changing the federal funds rate is a complicated process, though if you're curious, you can always read up on how the Fed adjusts rates — one key method the central bank uses is buying and selling government bonds.

The Fed has kept the federal funds rate close to zero since 2008, but eventually it will need to go up, and when it does — even by a small amount like it did in December 2015 — you will pay more for borrowing.

While a single $5 bump may seem small, remember that rate increases add up: Once all your creditors — credit cards, student loans, car loans and others — start raising your rates, you'll see a bigger difference.

Republican presidential nominee Donald Trump has said he champions a low-interest-rate world. This is atypical for a Republican, as conservatives tend to favor policies that result in higher interest on savings and investments.

"I'm not a person that thinks Janet Yellen is doing a bad job," Trump told Reuters in May. "I happen to be a low-interest rate person unless inflation rears its ugly head, which can happen at some point."

Indeed, Citigroup chief economist Willem Buiter told CNBC that he thinks a Trump presidency would lead to an interest rate cut, but not for a good reason: The Fed would need to anticipate a trade war.

And the economy would also need to prepare for a "massive adverse supply shock" to the labor market caused by Trump's proposed immigration policies, Buiter said.

Democratic nominee Hillary Clinton has not weighed in recently on interest rate policy, but Buiter said the interest rate hike we have been expecting for awhile would likely happen as scheduled under a Clinton presidency.

A more hopeful point might be that Clinton seems open to reforming the credit reporting system.

Speaking at a town hall in South Carolina with news anchor Roland Martin — who revealed he was once denied a job because he had bad credit — Clinton described her thoughts on how the U.S. treats borrowers today.

"There are a lot of reasons why I don't think you should have credit reports following you around like some anchor you have to carry with you," she said. "I want people to be responsible, I want them to pay their debts, but I also want to make sure you get a second chance."

True — Clinton is not always consistent in what she says in public versus in private — but it is promising that she has acknowledged the burden borrowers face. Even more promising is her pledge to reduce everyone's student debt.

So remember that the choices you make in the voting booth will, down the line, make a mark on your wallet.

And while low interest rates may sound nice, they don't help you much if you can't get a job.