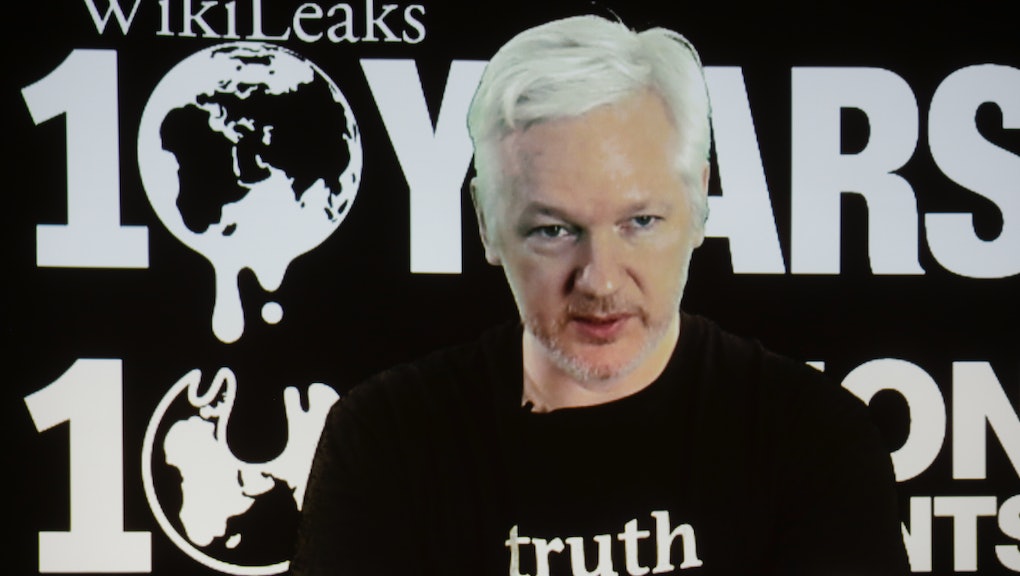 The government of Ecuador released a statement on Tuesday night confirming it has "temporarily" cut off WikiLeaks founder Julian Assange's internet access after the site "published a wealth of documents, impacting on the U.S. election campaign."

WikiLeaks had previously said Assange, who has been living in the Ecuadorian embassy in London since 2012 while fleeing a European arrest warrant on sexual assault charges and possible extradition, has been unable to access the internet since Oct. 15. The Ecuadorean statement confirmed the decision was made after WikiLeaks published materials designed to impact the U.S. presidential election, including leaked emails from the Democratic National Committee and Democratic nominee Hillary Clinton's presidential campaign.

"The Government of Ecuador respects the principle of non-intervention in the internal affairs of other states," read the official communique. "It does not interfere in external electoral processes, nor does it favor any particular candidate."

"Accordingly, Ecuador has exercised its sovereign right to temporarily restrict access to some of its private communications network within its Embassy in the United Kingdom," it continued. "This temporary restriction does not prevent the WikiLeaks organization from carrying out its journalistic activities."

The rest of the statement said the decision was made by Ecuador alone without external pressure from foreign governments and "reaffirms" Assange's asylum within the facility.

WikiLeaks posted to its Twitter account earlier in the day saying the Ecuadorian government bowed to pressure from U.S. Secretary of State John Kerry.

Throughout the election season, the Clinton campaign and its surrogates have accused Assange of having a vendetta against her, and even some fellow investigative organizations like the Intercept have written that the organization at times seemed focused on damaging Clinton's campaign.

According to CNN, some U.S. intelligence officials believe the government of Russia — whom GOP nominee Donald Trump has struck a conciliatory tone regarding during his campaign — has been feeding the organization intelligence, though no hard evidence has been released.