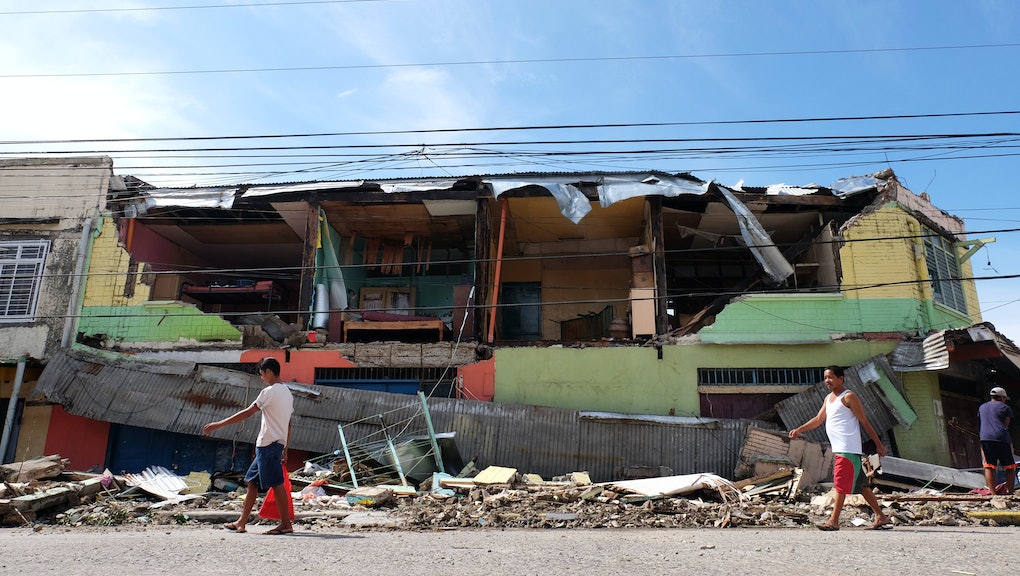 What's the difference between a hurricane and a typhoon?

The Philippines has been caught in the crosshairs of multiple typhoons this week, the first of which – Typhoon Sarika — has already wreaked havoc after making landfall in Luzon on Sunday. In the wake of the Category 4 typhoon, an even more powerful storm, Typhoon Lawin, will likely make landfall in the Northern Philippines on Wednesday.

According to Weather.com, Lawin has already brought with it 155 mile-per-hour winds, as well as flooding. If it sounds like the features of Typhoon Lawin are eerily similar to that of Hurricane Matthew, it's because they are. "Typhoon" and "hurricane" are all different names that describe the same weather phenomenon, according to the National Ocean Service — it just depends on where they strike.

What makes a typhoon?

Typhoons are storm systems that hit the northwest Pacific, a region that sees an average of 27 "named storms" a year, according to CBS News. A "super typhoon," which is what meteorologists are calling Typhoon Lawin, is the equivalent of a Category 4 or 5 hurricane.

The U.S. Passports and International Travel site issued a warning in June noting that typhoon season is expected to last through November.

What makes a hurricane?

In order to be identified as a hurricane, a storm system must boast winds of at least 74 miles per hour, at which point meteorologists will measure its strength based on the Saffir-Simpson Hurricane Wind Scale, according to NOAA. Hurricane season is the same as typhoon season, usually beginning on June 1 and ending on Nov. 30, though global warming may be making those seasons longer.