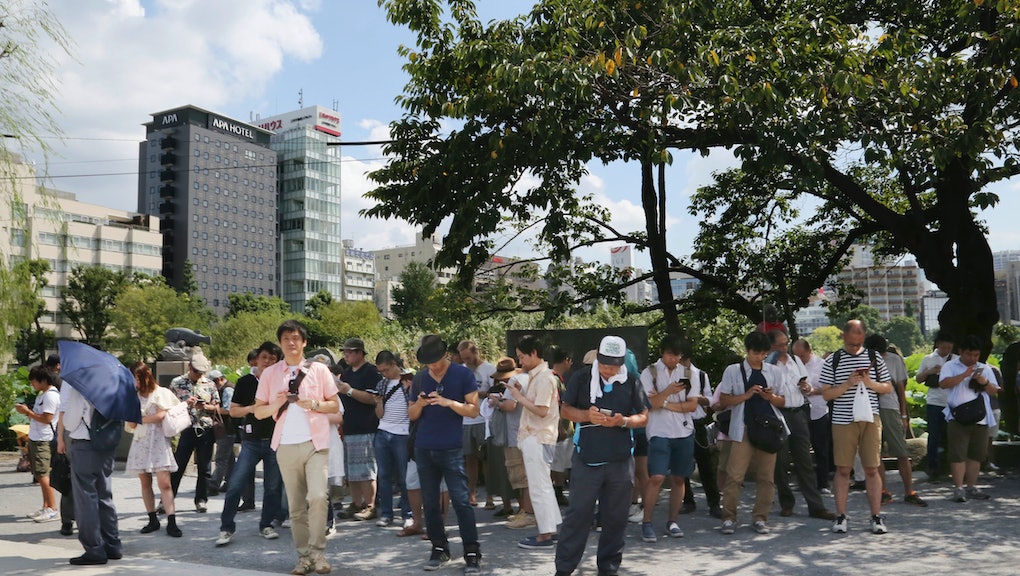 Note the date on the calendar: Winter is coming.

It's great that Pokémon Go gets us out and about, discovering Pokémon at places of historical interest in our neighborhoods that we'd never discovered before, and getting some real exercise to boot while we hunt down Pokémon to catch. But then what?

You can gym battle, but how is that going to help you when there's two feet of snow on the ground and you don't have a dogsled to ride to the closest gym, if there even is a gym near where you live?

If Pokémon Go's active player numbers are fading, it's because of the lack of an accessible endgame. This is why, to keep Pokémon Go as healthy as possible, the No. 1 change developer Niantic needs to make is to support face-to-face Pokémon battles.

Player-to-player Pokémon Go battles, if added as part of what's being called "Generation 2," may not be a whole solution to that problem, but it would be a meaningful start.

Pokémon Go is amazing in part because it's more or less a massively multiplayer online role-playing game, or MMO. When we walk outside to play Pokémon Go, we are occupying a persistent, virtual world with hundreds of thousands of other players. Going out for a walk to find and catch rare Pokémon is a quest in the classic sense. It's an MMO that you play on smartphones, while walking around in the real world. It is the rarest of things in the video game world, an experience that feels entirely unique.

In most MMOs you don't go after powerful armor and weapons just to have them. You're usually tooling up for some powerful boss encounter that you need to tackle with your friends. Once everyone has the right gear, you can finally brave the encounter.

That's the sort of thing we file under "endgame content," the content that keeps a game going long after players have mastered the basics and need something more challenging to occupy their time. Right now the only true endgame content Pokémon Go has is gym battling, and it's simply not convenient enough to stand as the only endgame content available to players.

Again, never mind the issue of snow. What if it's 2 in the morning and you really want to battle with your Pokémon Go squad? Are you comfortable ambling out of the house that late at night to stand in the middle of the sidewalk, or in the middle of a park, just so you can play the game?

It's not enough to expect everyone to continue to be enthralled with the mere act of capturing Pokémon, especially when certain Pokémon are region-locked and unlikely to pop up in your neighborhood, such that you're catching the same Pokémon over and over again. Incremental updates and new features alone aren't going to be enough to keep people engaged.

If there were face-to-face battles — if you could turn to anyone else who has Pokémon Go installed and challenge them — you can hypothetically enjoy Pokémon Go's endgame content anywhere you can find other players.

That ought to be reason enough to keep hunting for the best Pokémon with superior IVs and optimal movesets — because do you want to be embarrassed when someone challenges you on the street to a Pokémon Go duel, and your Pokémon can't hang?