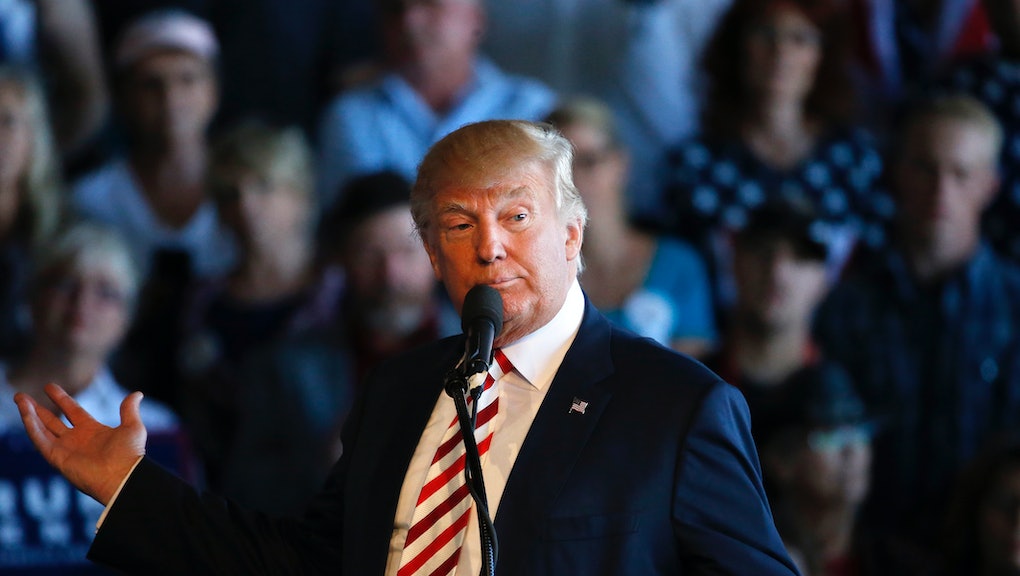 Will Donald Trump raise taxes? It depends on your income level.

Republican presidential nominee Donald Trump has promised to cut taxes for the middle class, and has also claimed that his pro-growth policies would help create 25 million new jobs over the next 10 years.

Indeed, his plan calls for wide tax cuts, including collapsing the income tax brackets and eliminating investment taxes put in place by the current White House.

But, rather than the middle class, Trump's plan disproportionately benefits high earners. And, perhaps even more importantly, many economists are skeptical about how feasible Trump's plan, as a whole, would be in practice — especially when compared with Democratic nominee Hillary Clinton's plan.

While his proposals might help grow the economy in the short term, the researchers found, after about a decade the benefits would wear off: The economy would then begin to shrink, Penn economist Kent Smetters told Fortune. By 2040, he said, Trump's reforms would cost the economy about 11 million jobs.

One of Democratic presidential nominee Hillary Clinton's favorite talking points during the election has been the notion that Trump's tax plan is actually designed to benefit wealthy people like Trump.

There's truth to that.

Citizens for Tax Justice ran an analysis and found that the wealthiest 1% of taxpayers would enjoy 44% of the share of financial benefits in Trump's plan while the lowest 20% of earners would enjoy only 2%.

Additionally, Trump would eliminate the estate tax and instead tax inheritances like capital gains — money you get when you sell property like cars or investments like stocks, taxed at a relatively low rate. Under the current system, the top estate tax rate is 40% but under Trump's plan, inheritances would be taxed at only about 20%.

So Trump would literally be reducing the future tax burden on his own family, assuming he plans to leave them his $3.7 billion fortune.

Not a bad perk, especially when you consider that hardly anyone pays the estate tax, except for the wealthy.

Depending on your income level and the size of your family, Trump's plan could potentially increase your tax burden.

The plan would do away with personal exemptions, repeal the head-of-household filing status, and raise the 10% bracket to 12%, three provisions that under current rules disproportionately benefit low-income households and taxpayers with children.

One study found that nearly 8 million families, mostly low-income, would actually see their tax bill go up under a Trump presidency.

That said, pretty much everyone else would likely see their tax bills go down: Citizens for Tax Justice estimates that middle-income earners would net a little more than $800 in savings on average under Trump's plan.