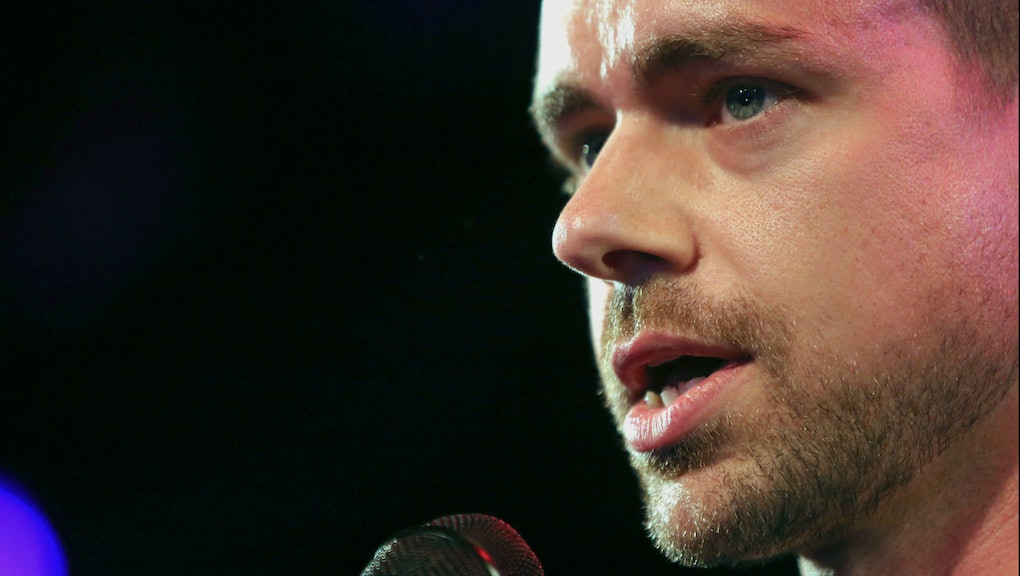 Anti-Semitic trolls are swelling on Twitter. No wonder no one wants to buy it.

Twitter is having trouble appealing to buyers because of its troll problem, and according to the Anti-Defamation League, there's a certain type of troll on the rise: anti-Semites.

According to an ADL report released Wednesday, 2.6 million tweets contained anti-Semitic language between August 2015 through July 2016, with a "significant uptick" during the second half of the period. The ADL noted there is a link between the swell in anti-Semitic tweets and intensified coverage of the election.

The sheer amount of anti-Semitic tweets sent in that time period is troubling — but even more so is their reach. These tweets had an estimated 10 billion impressions, signifying significant support for the hateful speech and a trend toward its large-scale acceptance.

"That's roughly the equivalent social media exposure advertisers could expect from a $20 million Super Bowl ad," the ADL wrote in the report regarding the impressions. "A juggernaut of bigotry we believe reinforces and normalizes anti-Semitic language and tropes on a massive scale."

It's "a juggernaut of bigotry we believe reinforces and normalizes anti-Semitic language and tropes on a massive scale," the ADL wrote.

There is evidence that a "considerable number" of these tweets aimed at journalists are from likely Donald Trump supporters, according to the report. This was concluded based on words used in the bios of those sending the tweets. Words like "Trump," "nationalist," "conservative," "American" and "White."

The ADL set its sights on digging into Twitter's hate speech because, according to journalists, this is the main platform on which they receive the brunt of their online abuse.

Virtual anti-Semitic abuse is "as real as any type of harassment," the ADL's Oren Segal told Mic in June.

"Half of the journalists we interviewed decided not to report the harassing tweets, some because they believed people should have a right to say whatever they want, and other because they weren't confident Twitter would do anything to address the issue," the report said. "Across the board, the criticisms of Twitter were consistent: The company doesn't do enough to enforce its terms of service."

"[Journalists] weren't confident Twitter would do anything to address the issue," the report said.

Twitter has come under fire for its lack of urgency and, often, its inaction regarding online harassment. Its Terms of Service forbids hateful conduct.

"You may not promote violence against or directly attack or threaten other people on the basis of race, ethnicity, national origin, sexual orientation, gender, gender identity, religious affiliation, age, disability or disease," it reads. "We also do not allow accounts whose primary purpose is inciting harm towards others on the basis of these categories."

Despite its rules, Twitter has yet to prove to its users that it can seriously enforce this regulation. And anti-Semitic trolls are finding new ways around the TOS. In June, Mic investigated the use of the (((echoes))) symbol, a triple parenthesis white supremacist trolls often placed around Jewish names to mark them for other trolls.

"They've been on a tear," Heidi Beirich of the Southern Poverty Law Center told Mic in June. "You can't publish something about Trump right now and have any inclination of being Jewish without being trolled to hell."

In September, alt-right users who wanted to openly deliver hate speech on the platform created their own code to circumvent Google's abuse team. The terms spread quickly on Twitter. Among the code words, "Skype" was used in place of "Jew."

It's the hate speech plaguing the platform — coupled with Twitter's inability to control it — that has lost the company two bids to date. Both Salesforce and Disney have bowed out of acquisition deals, citing trolls as a determining factor.

Now that online harassment is affecting the business, perhaps it'll become a bigger priority at the company, met with the same urgency that, say, bad press or a financial faux pas might.