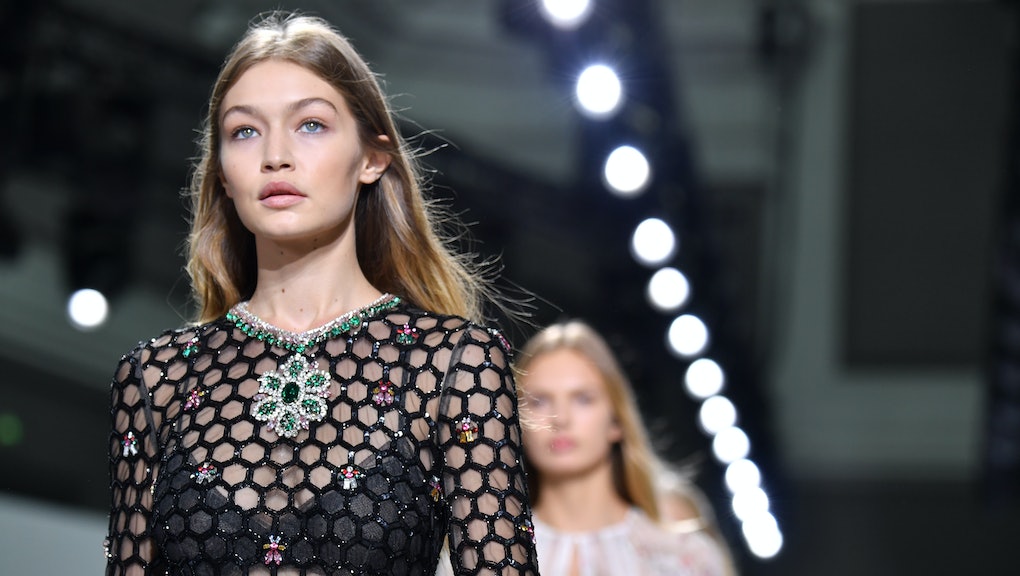 Gigi Hadid: "I'm not the best on the runway"; Twitter, resoundingly: "We know"

Gigi Hadid's attempt at being relatable — despite her being one of the highest paid and often considered one of the more overrated supermodels — took a swift nosedive after Twitter rallied to call out the 21-year-old.

It all started innocently enough, with Hadid opening up in a new W Magazine screen test, admitting that her runway walk could use a little bit of work.

"It's funny because obviously I'm not the best on the runway — OK, everyone, we did it, Gigi said it, I know it!" she says with a laugh, attempting, with great effort, a sense of self-awareness. "But, what do you do? I never was taught how to walk on the runway, and maybe that's because it moved really quickly for me, that people just assumed that was something I knew — so I'm working on it."

After celebrity gossip website Just Jared posted a link to their aggregated story with the text "Gigi Hadid admits she's still learning to walk on the runway," Twitter, collectively, took the opportunity to pounce in a harmonious echo of "we know."

This response is not dissimilar to a situation that happened back in April when British Vogue innocently tweeted: "Who said that Kendall and Gigi are not 'true supermodels'?"

The nearly unanimous response in that instance: "Everyone."