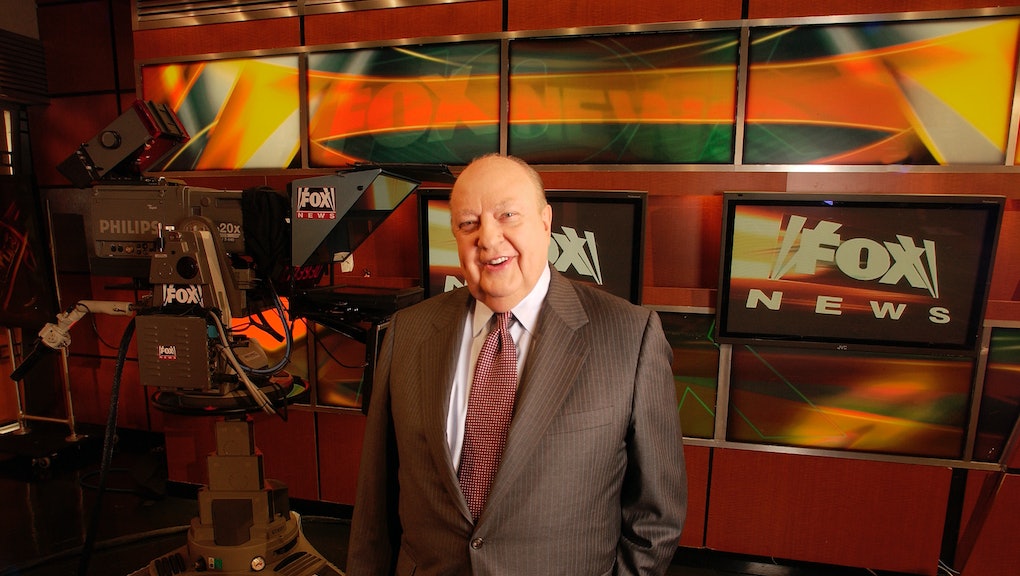 Roger Ailes, the former Fox News chief who left the network earlier this year amid widespread accusations of sexual harassment and making unwanted advances toward female employees, is apparently out of a second gig: that of Donald Trump's BFF.

On Wednesday, Vanity Fair hosted a panel with New York magazine's Gabriel Sherman during which the reporter revealed that the Republican presidential candidate is no longer on speaking terms with Ailes. The media mogul's people have accused Trump of being impossible to work with, while, according to Vanity Fair's Sarah Ellison, Trump is faulting Ailes for not adequately preparing the candidate for the debates.

Or, just perhaps, both men are undergoing catastrophic career meltdowns and their inability to work as a team is emblematic of the larger death knell of their mutual brands. Just perhaps!

Trump is facing his own reckoning, in large part courtesy of a 2005 videotape in which he's heard happily discussing groping and kissing women without their consent. Since the Washington Post released the tape in early October, Trump, who is already plagued by other scandals and political liabilities, has been hit with a deluge of sexual assault allegations, lost numerous endorsements from high-profile Republicans and plummeted in the polls. Trump has categorically denied all assault accusations against him.

Ailes' failure to work with Trump on the campaign level, meanwhile, is made even more embarrassing by the fact under his tenure, Fox News became the most prominent of the conservative media echo chambers which enabled Trump's rise in the party. The network also aggressively covered Trump's candidacy, giving him more airtime than any of his competitors.