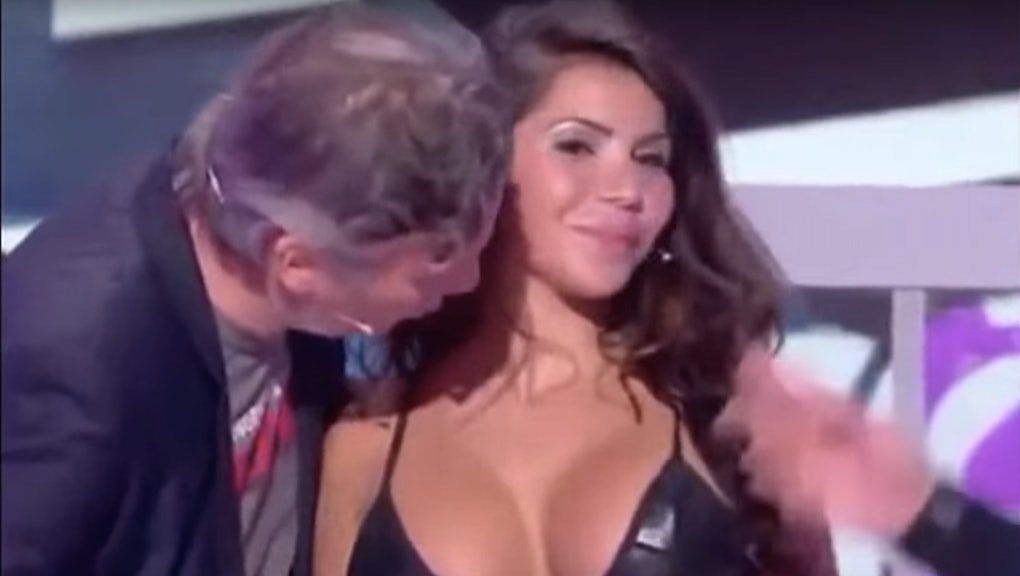 Watch a French journalist kiss a woman's breast on live TV, confirm everything is garbage

In fact, earlier this week it was in full force when French journalist Jean-Michel Maire kissed a 21-year-old woman's breast without her consent on live television.

According to 9 News, the woman, a model known only as Soraya, was impersonating Kim Kardashian West in a reenactment of the star's Paris robbery to a rapt studio audience on French game show 35 Hours of Baba. (Yes, there are layers upon layers of problematics to this story.)

Each contestant was tasked with rescuing Soraya, who had been tied up like Kardashian West at the time of the robbery. When Maire, playing the role of the locksmith who eventually found Kardashian West, frees Soraya, presenter Cyril Hanouna coaxes her to give Maire a kiss.

According to the Metro's translation, Soraya says "No" and even repeats "I said no" when Maire tries to say she agreed. And, in case it weren't clear enough, the model also rejects Maire when he swoops in for the kiss, giving him her cheek.

So he kisses her breast instead.

Outraged viewers have since filed over 250 complaints to the Conseil Superieur De L'Audiovisuel, the French equivalent of the Federal Communications Commission. On Monday, the CSA, the council says it is investigating the incident.

In an interview with Slate, Soraya said Maire had phoned her, recounting the problems he's faced since the incident, and noting that his daughter didn't want to go back to school because her father was "perverted." Soraya told Slate she wasn't planning on filing a complaint against Maire because she doesn't want to "take money from him or ruin his career."

It seems Maire — who went from reporting on war in Bosnia to sexually assaulting a young woman on television — has already taken care of that himself, anyway.