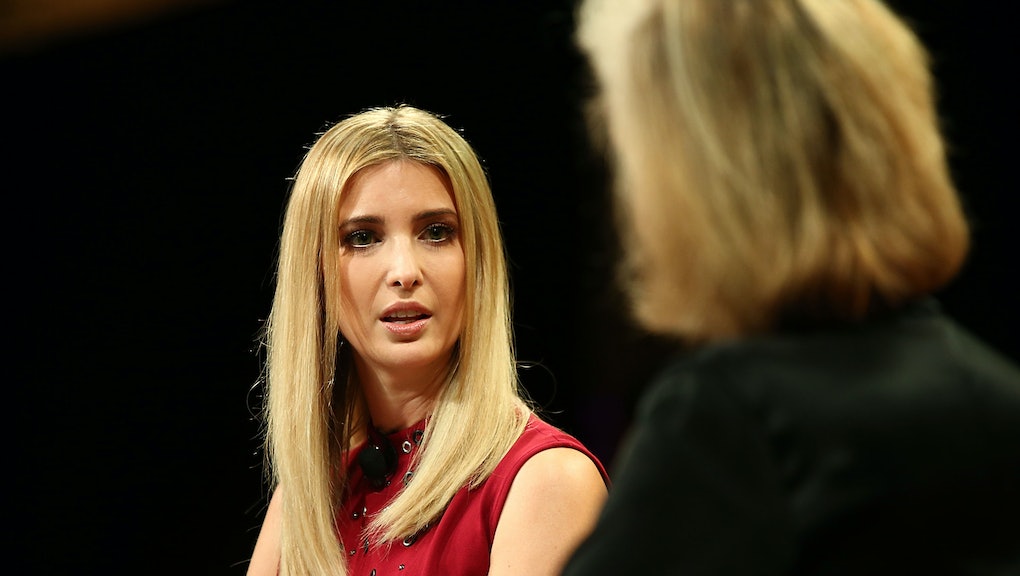 In case you thought the 2016 election couldn't get any more grotesque, a tweet from BuzzFeed CEO Jonah Peretti alleging that Ivanka Trump used a racially insensitive word to describe a penis brought the race from the gutter directly into the sewer.

"Surprised Ivanka would be shocked by lewd language," Peretti tweeted Wednesday afternoon. "I met her once & she casually said: 'I've never seen a mulatto cock, but I'd like to!'"

Peretti was referring to a comment Trump made Wednesday during an appearance at Fortune's Most Powerful Women Summit, in which she said hearing her father's lewd comments captured in a leaked 2005 tape were "a bit jarring" to her.

In an interview with BuzzFeed News, Peretti said the "mulatto cock" incident took place about 8 to 10 years ago at a dive bar in Manhattan called Tropical 128. Peretti said five other people were there when Ivanka Trump made the remark.

"She was saying how she first said she had never seen an uncircumcised cock and then she said, 'I've never seen a mulatto cock. There's lots of cocks I've never seen,' or something like that," Peretti told BuzzFeed of Ivanka Trump's comment.

Ivanka Trump denied she ever said what Peretti alleges.

"I am not sure if this was meant to be a joke, but in case there is any ambiguity, this is a complete and total lie," she said in a statement provided to Mic through a PR company that represents the Trump organization.

Some used the tweet to rib the presidential candidate, who dismissed his 2005 words as "locker room talk."

And BuzzFeed reporters, dragged into the newfound allegations by their CEO, used humor to deflect the situation.