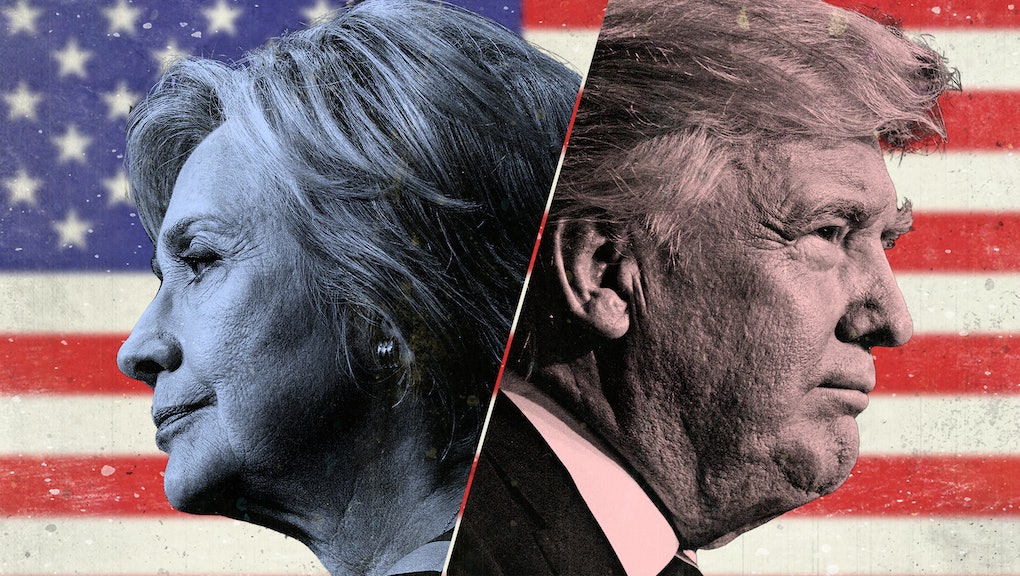 When discussing the composition of the Supreme Court, Republican candidate Trump said in no uncertain terms that he would appoint "pro-life" justices to the bench who would overturn the 1973 landmark decision and allow states to decide whether, and under what conditions, a woman can terminate a pregnancy.

After Clinton emphasized her firm support of the landmark ruling, Trump used his speaking time to elaborate on a gruesome — and grossly misleading — description of abortion.

"I think it's terrible if you go with what Hillary is saying," Trump said. "In the ninth month, you can take the baby and rip the baby out of the womb of the mother just prior to the birth of the baby."

"Based on what she's saying and based on where she's going and where she's been, you can take the baby and rip the baby out of the womb in the ninth month, on the final day," he continued. "And that's not acceptable."

In fact, according to U.S. Centers for Disease Control and Prevention data, only 1.2% of abortions performed in the country are happen after 21 weeks. And the Guttmacher Institute notes that 43 U.S. states restrict access to abortions "after a certain point in pregnancy." Clinton repudiated Trump for using what she called "scare rhetoric" that misrepresents women's experiences.

"[This is a choice] that women make with their families in accordance with their faith, with medical advice, and I will stand up for that right," Clinton said.

And, of course, it's a right Trump himself once stood up for too.