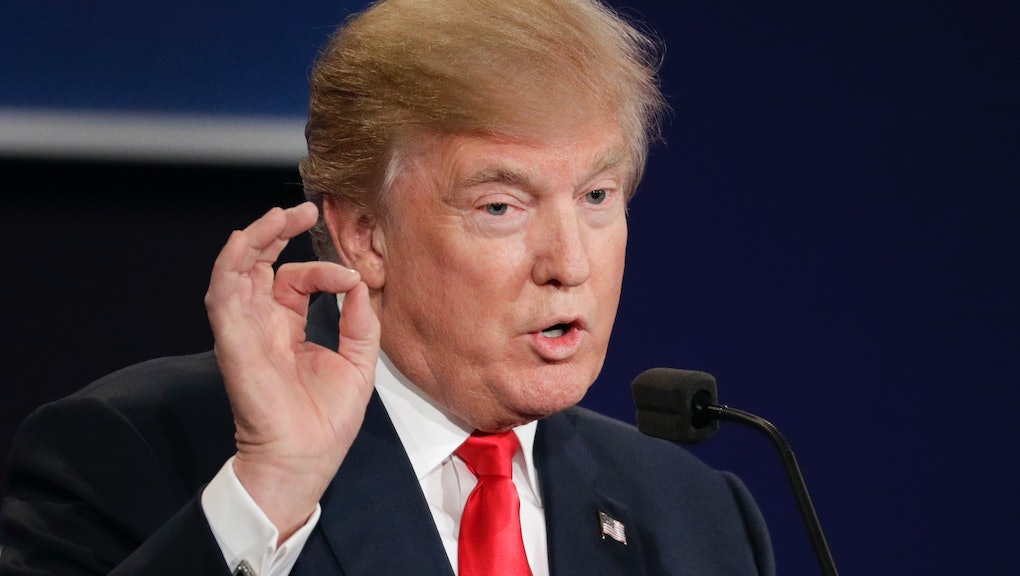 During Wednesday's final presidential debate between Hillary Clinton and Donald Trump, debate moderator Chris Wallace asked Trump about his stance on immigration — which Trump turned into an opportunity to call out "bad hombres," a not-so-subtle smear of Latino immigrants and a nod to some of his most egregious racist rhetoric.

"Mr. Trump, you are calling for major deportations," Wallace said. "The question really is why are you right and your opponent wrong?"

Trump fell back on hyperbole, claiming that "drugs are pouring in through the border" before transitioning from drug trafficking to undocumented immigrants, without missing a beat.

Could "bad hombres" be the same people who Trump was imagining when he claimed, in the June 2015 speech announcing his presidential campaign, that immigrants from Mexico to the U.S. were "bringing drugs" and "crime"?

Are they the people Trump called "rapists" before concluding "and some, I assume, are good people"?

Only minutes after Trump's latest comments about immigration, #BadHombres was trending on Twitter. Many called out the phrase as a dog whistle to the most racist and xenophobic of his supporters, and a way for Trump to signal a disdain for Latino immigrants. Others were happy to flip Trump's own comments back onto him.

Although some thought Trump was just trying to say he was hungry.

But it was clear that, despite flagging poll numbers and waning support, Trump intends to stay the course through Election Day.