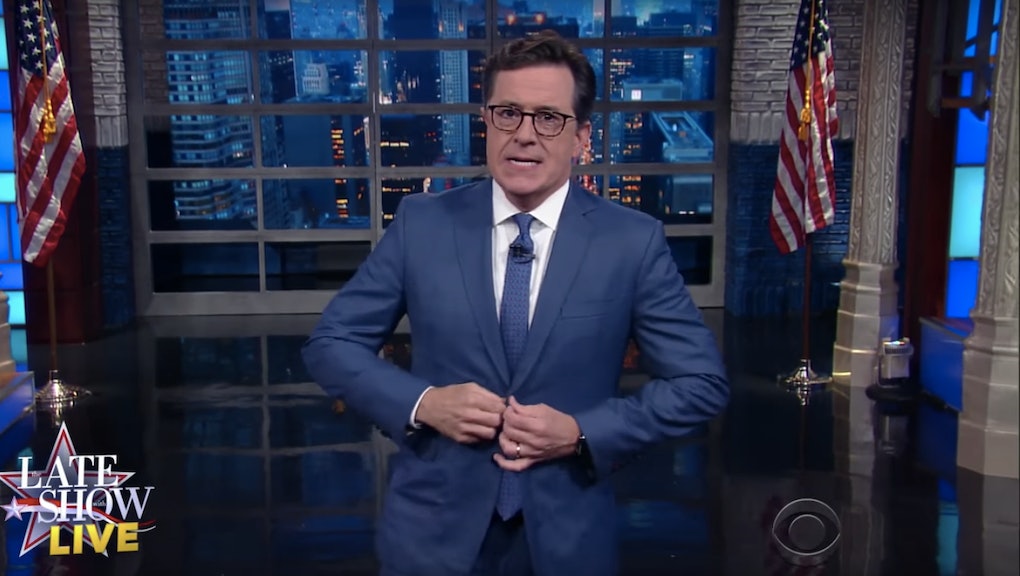 Thanks to airing The Late Show live after the presidential debate Wednesday night, host Stephen Colbert got to give his near-unvarnished feelings on the proceedings. In short: He was just as shocked at Donald Trump's refusal to admit he'll accept the result of the election as everyone else watching.

"Ooh, suspense!" Colbert said, incredulity just barely bubbling beneath the surface. "Democracy's gonna end with a cliffhanger! I guess we're all gonna have to wait until Nov. 9 to find out if we still have a country — if Donald Trump is in the mood for a peaceful transfer of power, or if he's just gonna wipe his fat ass with the Constitution."

It's perhaps the most worked up Colbert has ever been on The Late Show, spittle even flying from his mouth to the point where he had to use his tie to wipe his mouth.

He returned to a fairly calm recap of the debate after that, even including jabs at Trump for whining about the Emmys. But that downshifting was intentional, Colbert joked, a layer of acid in his tone.

"I don't wanna give away how I feel about the rest of the debate," Colbert said. "I'll just keep you in suspense."