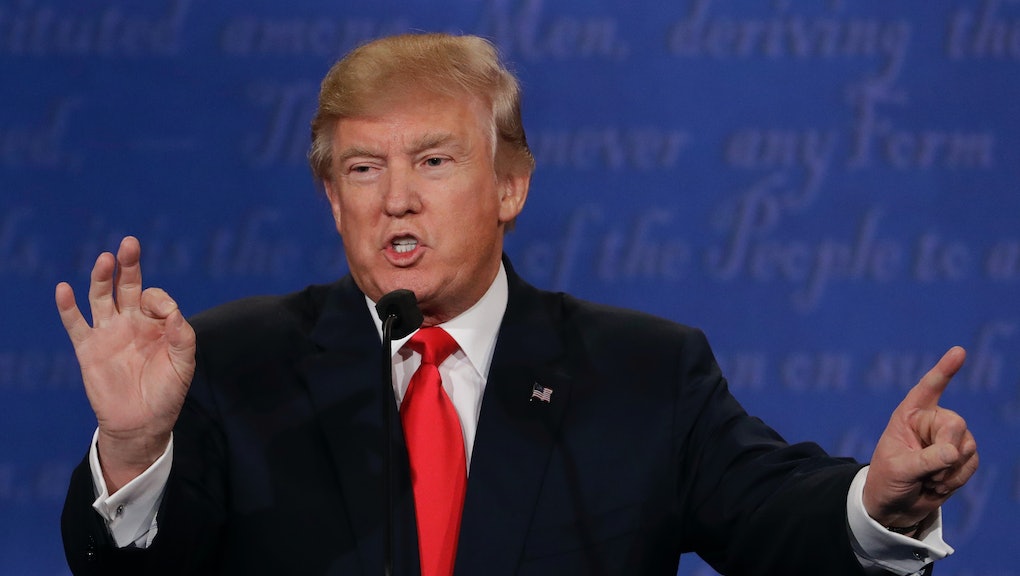 What happens if Donald Trump doesn't accept the election results?

Donald Trump on Wednesday night refused to say whether he'd accept the results of the election, an act that folks on both sides of the aisle say is an affront to one of the basic pillars of American democracy.

But what would actually happen if Trump refused to concede?

It's a good question given Trump's position 19 days from Election Day. Trump trails Hillary Clinton by an average of more than six points, according to the RealClearPolitics average, with election forecasting sites such as FiveThirtyEight giving Clinton a nearly 90% chance at victory.

If Trump loses by as large a margin as national polls suggest, the outcome of the election will be crystal clear. A six-point victory at the presidential level is landslide territory — far outside the margin to trigger a recount.

So if Trump refuses to concede, it wouldn't be a procedural question as much as an existential one for a country that's always had peaceful transitions of power.

A lack of a Trump concession would further stoke the rage of his already angry base, whose members have gotten violent and have screamed hateful and threatening phrases such as "lock her up" and "hang the bitch" in reference to Clinton.

Similarly, in an already extremely polarized political climate, Trump refusing to concede would send a message to his supporters that Clinton's victory wasn't legitimate. A refusal to admit a Clinton victory was legitimate would make it hard for elected Republican officials to work with Clinton and compromise on necessary tasks, such as passing spending bills to keep the government open and functioning.

Fearing that scenario, some Republican leaders condemned Trump's comments during the debate.

South Carolina Republican Sen. Lindsey Graham said Trump's refusal to accept election results would be, to the GOP and the country, "a great disservice."

To be sure, Trump didn't flat out say he wouldn't accept the election results.

He said he wanted to keep the country in "suspense."

On Election Day, the country will be on the edge of its seat to see what he does.