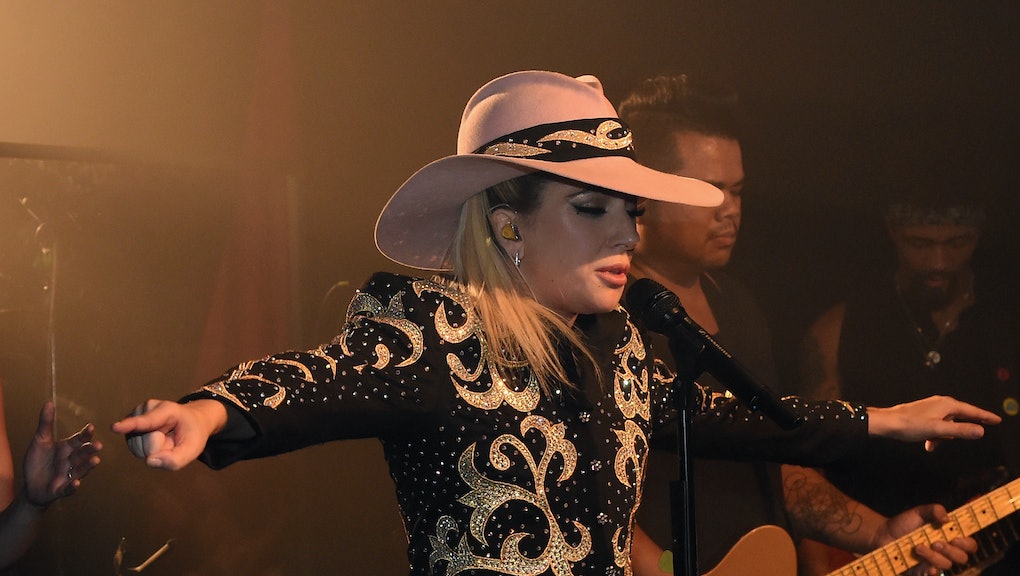 Lady Gaga's latest album, Joanne, is a country- and bluegrass-infused record that bears little resemblance to the pop goddess the artist once was. But there's one song on the record that manages to reflect Joanne's Western sensibility and still be a bop: "A-Yo."

The song, which Gaga dropped as a single three days before Joanne's release, is the kind of song that belongs both on a gay bar dance floor and on hoedown night. The singer's cry of "Here we go!" as the song opens is enough to get even the most apathetic Joanne listener excited.

This theme echoes in the chorus' catchy hook, in which Gaga sings "A-Yo, A-Yo/ We smokin' 'em all" on repeat.

Because "A-Yo" is Joanne's most pop radio-friendly song, the lyrics are some of the more repetitive and simple. But for what it lacks in complexity, this song makes up for in charm. After all, it's hard to resist a couplet like, "'Cause I got it covered, city gravy southern/ Got you drippin' like no other."

Read the full lyrics, via Genius, below.