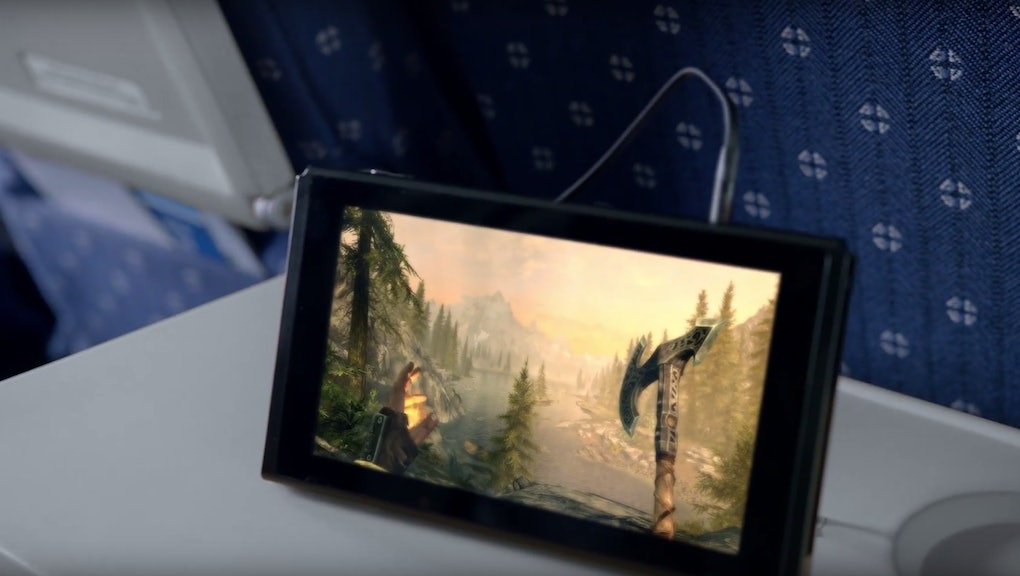 Meet the Nintendo Switch. Nintendo just offered a unique entry in the eighth-generation console war versus Microsoft's Xbox One and Sony's PlayStation 4. Nintendo's hybrid what-looks-like-HD console, based on what we saw in today's reveal announcement, is designed for flawless transition from home to portable screen, and includes the ability to take multiplayer gaming on the road.

Nintendo didn't release a price. So how do we judge the asking price for the Nintendo Switch, which will be released in March 2017? That's hard — you can't really compare the Switch to any other console. So before we even take a stab at a price, we should run through the Switch's biggest features.

Nintendo Switch price: What the Switch offers compared to PlayStation and Xbox

A baseline PS4 Slim unit will run you $299, and you can usually pick up an Xbox One S as part of a bundle at $299 also. Their price structures represent the ongoing war for the hearts and dollars of the core gaming crowd.

Nintendo, arguably, doesn't play to the same crowd, so asking how much core gamers will pay for core consoles may not be the smartest way guess what Nintendo is going to ask for the Switch.

Nintendo is clearly, judging from the trailer, striking a blow at competition from smart devices in the mobile gaming field. Nintendo is generally considered the king of mobile gaming thanks to the success of its DS line of handheld consoles, but smartphone and tablet gaming have presented themselves as serious competition.

A portable console with the fidelity of the Nintendo Switch, however, could be a game-changer.

The trailer put Skyrim and Splatoon front and center. Skyrim is no slouch in the graphics department, and Splatoon has been an incredibly smooth multiplayer experience that resembles core shooter play. Those are two games that the traditional gaming audience might jump at the chance to play anywhere, at any time, assuming that the screen-switching trick is actually as smooth and seamless as the Nintendo Switch announce trailer suggests.

The portable game pads, however, are the real threat to smart device gaming. Touchscreens do not make for accurate control devices compared to a good gamepad, and it looks like Nintendo is playing off the familiar, comfortable design that hails back to the days of the Nintendo Entertainment System. Combine that with the appeal of familiar Nintendo IP like Mario platforming games and Mario Kart and The Legend of Zelda: Breath of the Wild and Nintendo could be really on to something.

Then there's the Nintendo Switch controller.

We also saw footage of what looks like an evolution of the Nintendo Pro controller, which is more or less a traditional gamepad. Core gamers will likely appreciate being able to enjoy this controller option for the Nintendo Switch when said gamers are on the road.

The Nintendo Switch is another example of Nintendo's Blue Sky development process in action. We might guess that Nintendo will also ask for around $300 for the Switch, but considering all the functionality the Switch offers that the PlayStation 4 and Xbox One cannot compete with, $300 could wind up being way less than what the price tag is going to say.