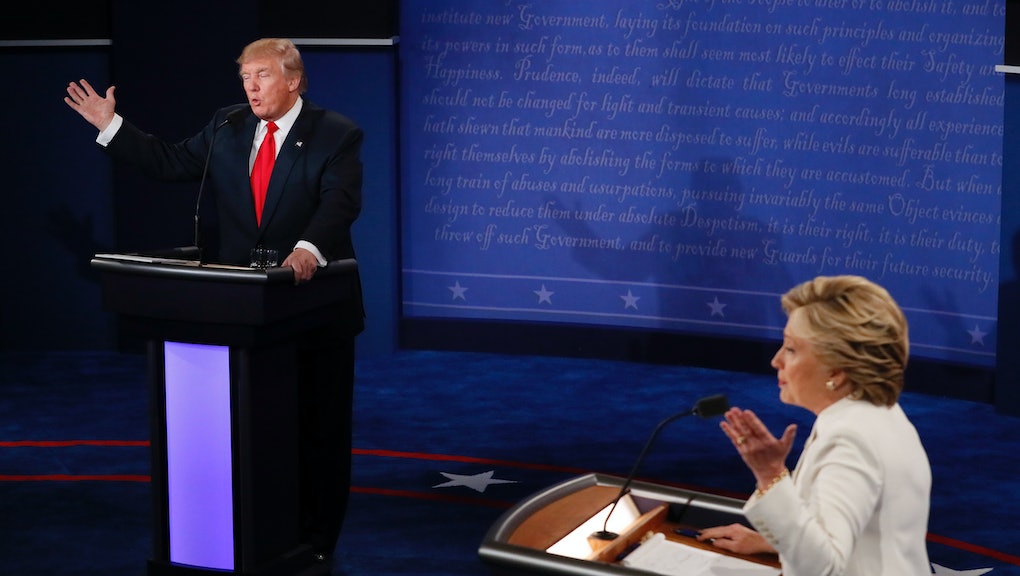 Battleground states: Here are the states that could decide the 2016 presidential election

Sometimes, states are firmly in the camp of one political party or the other. Texas usually goes red. Minnesota usually goes blue. Some states are historically expected to swing left or right. But there are some states that aren't decided until late in the game, and they're often states a candidate needs to lock down a presidency. These are the battleground states, where even a few thousand votes might be the difference between nominees, and they can make or break an election.

In this election, the remaining battleground states are Nevada, North Carolina and Ohio, CNN reports.

Though Nevada voted Democrat in both the 2008 and 2012 elections, the state voted Republican in six of the eight elections between 1976 and 2004. Right now, a CNN/ORC International poll from Monday has Democratic nominee Hillary Clinton leading Republican nominee Donald Trump 46% to 44% among likely voters. Nevada accounts for six electoral votes.

North Carolina has leaned heavily Republican since 1976, only voting Democrat twice in 10 elections — once for Jimmy Carter in 1976, and again for Barack Obama's first term in office. But in the last two elections, the nominee was picked by a small percentage. When Obama won in 2008, he only had a .3% lead on John McCain, and in 2012, North Carolina voted for Mitt Romney with only a 2% lead. According to the CNN/ORC poll released Monday, Clinton only leads Trump by 1%. North Carolina has 15 electoral votes.

In all of those cases, Ohio picked candidates for alternating parties each time — meaning, since Reagan, Ohio has gone Republican, Democrat, Republican, Democrat. Historically, it would stand to reason that Ohio would go Republican for the 2016 election. As of Monday's CNN/ORC poll, Trump leads Clinton 44% to 48% in the state. However, in a recent RealClearPolitics poll, Trump only leads Clinton 44.6% to 44% — and in a Quinnipiac University poll, Trump and Clinton are tied.

It's going to be a close one.