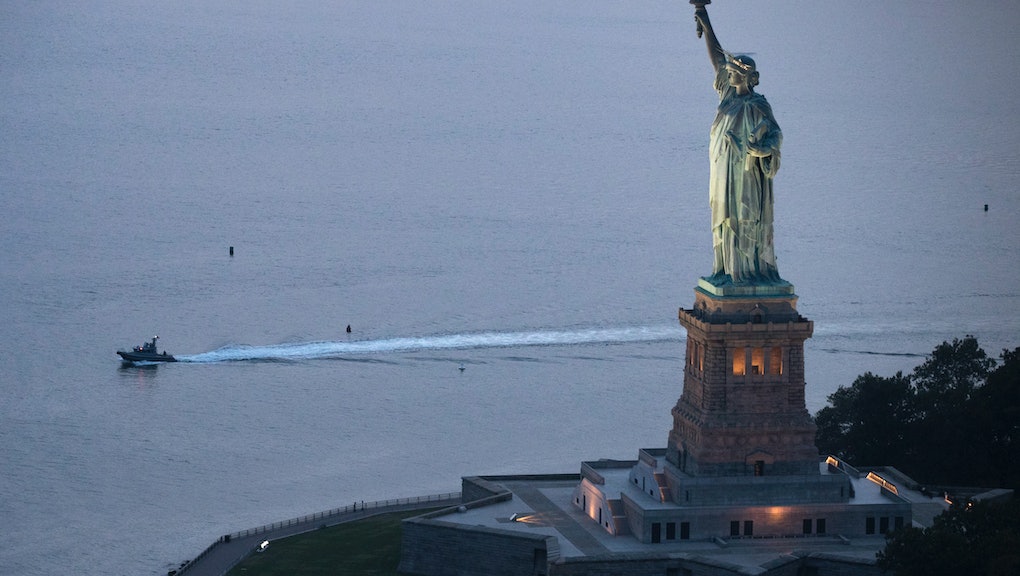 Both of the 2016 presidential candidates are from New York, but there's one clear winner in the Empire State.

Clinton, who was New York's junior senator from 2001 to 2009, is ahead of Trump by 24 points in a head-to-head matchup against Trump, according to a new Siena poll conducted from Oct. 13 to 17.

The polls do not reflect voter reaction to Wednesday night's third and final debate between Trump and Clinton. It will take several days to gather polling data to see if the debate had any effect on likely voters.

Clinton has held a steady double-digit lead over Trump in New York since January, and that isn't likely to change in the final weeks before the Nov. 8 election.

The two candidates are expected to be in New York City on Thursday night, just a day after their contentious debate in Las Vegas. Both Trump and Clinton will attend the Alfred E. Smith Memorial Foundation dinner, an annual roast featuring prominent New York politicians, according to the Associated Press.