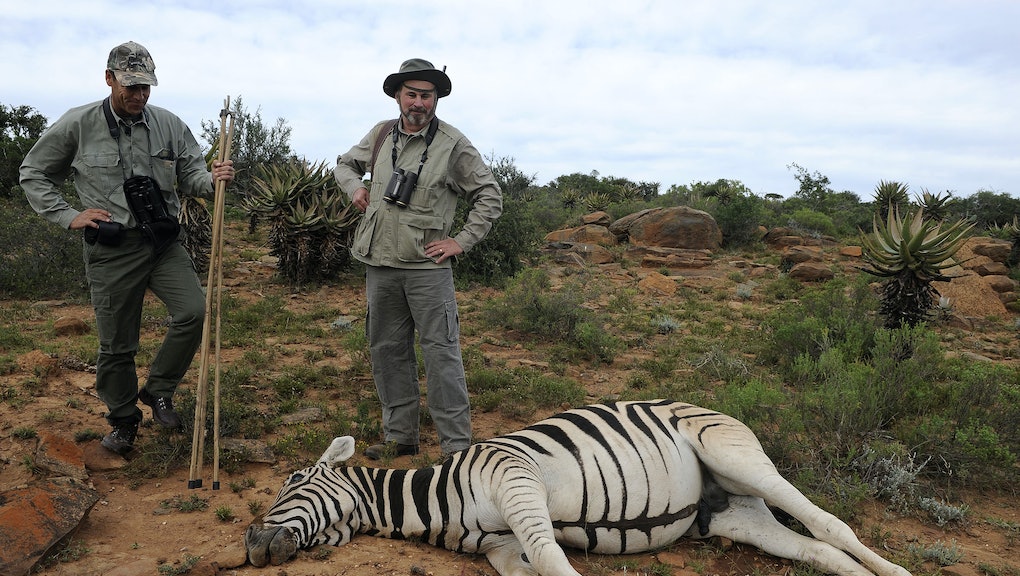 Hundreds of species of animals are being eaten into extinction. Can it be stopped?

What do bats, kangaroos and gorillas have in common? They're all on the long list of species being hunted and eaten by humans at unprecedented rates — and if the trend continues, they could be next on the extinction list.

According to a new study published in the journal Royal Society Open Science, increased human expansion in developing nations has made it easier for humans to hunt terrestrial mammals for food and medicinal purposes. These mammals are usually considered "bushmeat" — wild game that plays a critical role in its respective food chain — and overhunting them poses a serious threat to biodiversity.

The study is the first of its kind to assess the global impact of large-scale, commercial hunting by humans. Using the International Union for Conservation of Nature's (IUCN) red list of threatened species, researchers were able to identify 301 land mammals that are specifically at risk as a result of human hunting.

What can we do to stop it?

Overhunting isn't just bad for the animals it threatens; according to the study, declining wild mammal populations would also be catastrophic for the humans who depend on them as a food source.

"With this trend, the loss of mammal populations thus affects the livelihoods and food security for hundreds of millions of rural people across the globe," the researchers wrote.

In order to maintain sustainable environments for the humans and animals that occupy these spaces, the study contends, we need to find ways to limit our consumption.

In other words, stop eating bison burgers immediately, and make your big game hunting hobby a thing of the past. If we want to continue to sustain ourselves as a species, humans will need to commit to preserving the species exist alongside us — and fast.