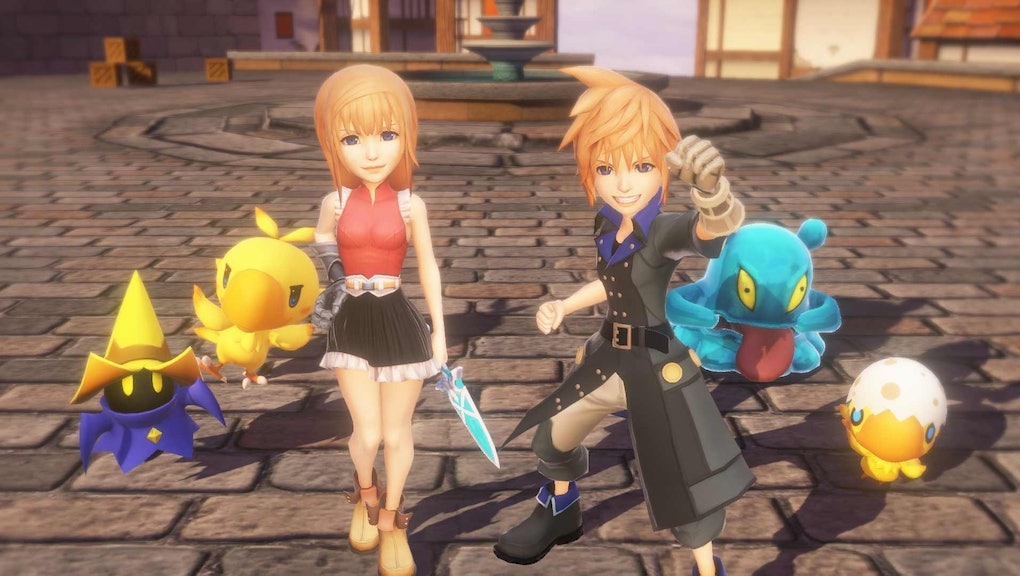 'World of Final Fantasy' release date, price and review: A retro nod to the series' past

Square Enix's forthcoming Final Fantasy XV is one of the year's most highly anticipated games, but there's another, smaller game in the series coming out Oct. 25 for PlayStation 4 and PlayStation Vita: World of Final Fantasy.

It's a cute, quirky, strange take on a universe that's been a staple of the gaming world for decades. And strangely enough, it takes a lot of its gameplay cues from another, equally beloved series: Pokémon.

What is World of Final Fantasy?

If you've played any of the old Final Fantasy games from the PlayStation or PlayStation 2 eras, World of Final Fantasy will look immediately familiar. It has that isometric, pulled-back perspective you know and love, and it even uses an old-school turn-based combat system, a staple of older entires in the series. It takes place in the world of Grymoire, which is inhabited by a mash-up of familiar Final Fantasy characters, like Lightning, Vivi and Squall. (Be warned: These infantile-looking iterations of the characters have adult voices, which is a little off-putting.)

Aside from its characters cartoonishly giant heads and a much lighter, more humorous tone, World of Final Fantasy feels exactly like the games you remember playing as a kid.

Oh, there's one other big change — you can "imprism" enemies during battle, which is essentially the equivalent of capturing them in a Poké Ball, forcing them to join your team and do your bidding.

Instead of swapping out weapons and armor, changing out which Pokémon — sorry, I mean "Mirages" — you have equipped will change your stats and abilities. During battle, your equipped Mirages will all stand on your head in a teetering, Jenga-like tower that can be toppled by especially powerful attacks.

I've only played the game for a short time — just the 30 minutes or so it takes to get through the free demo available for PS4 — but I'm excited to spend more time with it.

Watch a full trailer below: