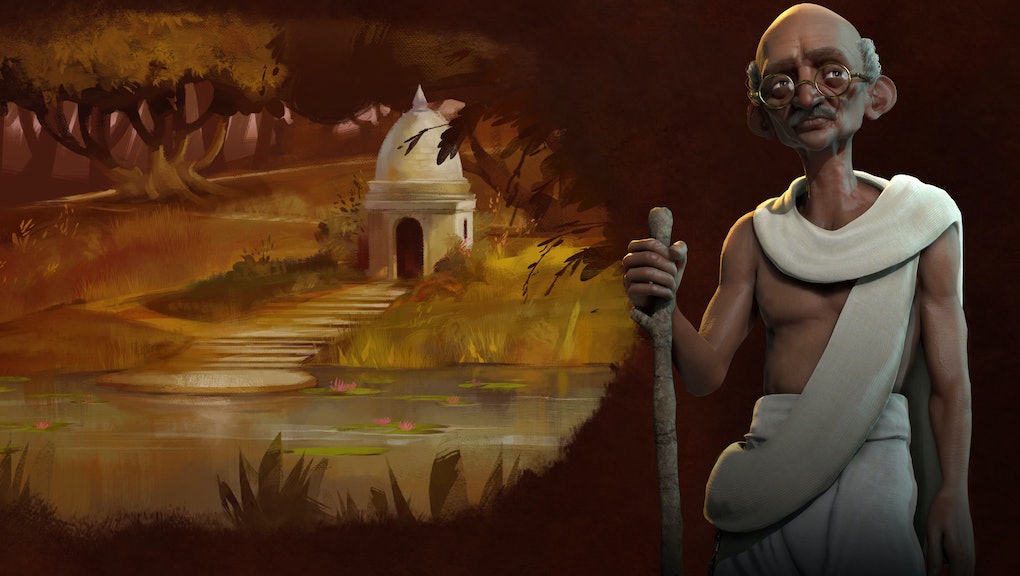 'Civ 6': The best civilization to win the new Religious Victory

Civilization 6 is packed with new features and mechanics that have fans of the previous game chomping at the bit to try out. But perhaps the most interesting of the additions is the new Religious Victory option.

This time around, you can beat your enemies by converting them to your religion, which opens up some dynamic new strategies for world domination — especially in the Civs whose unique bonuses give them boosts to both religious fervor and war.

Here's how to score a Religious Victory — and the Civs that will get you there.

How to win a Religious Victory in Civ 6

Scoring a Religious Victory is pretty straightforward in Civ 6. All you have to do is convert over 50% of the cities in every other civilization in the game to your religion.

To do that you'll use Missionaries and Apostles, a new unit that functions almost exactly like the Great Prophets did in Civ 5, to spread your religion far and wide. You'll also rely on the special abilities of your civilization and leader to beef up your faith.

So what's the best option for winning a religious victory? There isn't one clear choice, but we do have a few suggestions.

Civ 6: Gandhi can lead you to Religious Victory

India looks like a solid choice if you're going the religious route. That's mostly thanks to its leader, Gandhi, who gets lots of faith bonuses just for meeting new Civs and not waging war with them. India also offers a special tile improvement called Stepwell that generates bonus faith if it's next to a holy site.

Try Scythia for a quick Religious Victory in Civ 6

In an interview with PC Games Network, Civ 6 associate producer Sarah Darney argues that Scythia and its leader, Tomyris, is the best option for religious victory. That's mostly thanks to the Kurgan, a unique improvement for the civilization that lets you build up faith early in the game. Play your cards right and you could score a religious victory before your enemies can defend themselves.

Civ 6 Religious Victory: No one expects the Spanish Inquisition

Spain, led by Philip II, offers lots of bonuses geared towards a religious victory. Philip's special El Escorial leader ability gives his religious units a bonus against other religions. Spain's unique Conquistador units also get a damage boost when you link them with a non-combat unit, like missionaries or apostles.

To make things easier, any cities you capture will switch to your religion automatically. Spain even gets a unique tile improvement called the Mission, which gives you a faith boost if it's on a different continent than your capital.

Arabia, led by Saladin has strong religious capabilities as well. Your leader ability, Righteousness of the Faith, lowers the cost of faith building and gives you additional bonuses in faith, science and culture. Arabia also gets a unique Madrasa buildings that provide an extra faith boost.

Other tips and tricks for a Religious Victory in Civ 6

No matter which leader and civilization you choose, you'll want to follow certain strategies if your goal is a Religious Victory.

Start early with missionaries, and deploy your apostles later on to fight against enemy religious units. You'll also want to pay attention to the civic and tech tree to unlock extra bonuses. For example, learning writing will help your civilization spread religion even faster.

There's plenty more to consider, but by now you should be ready to jump into Civ 6 and try winning a Religious Victory for yourself.