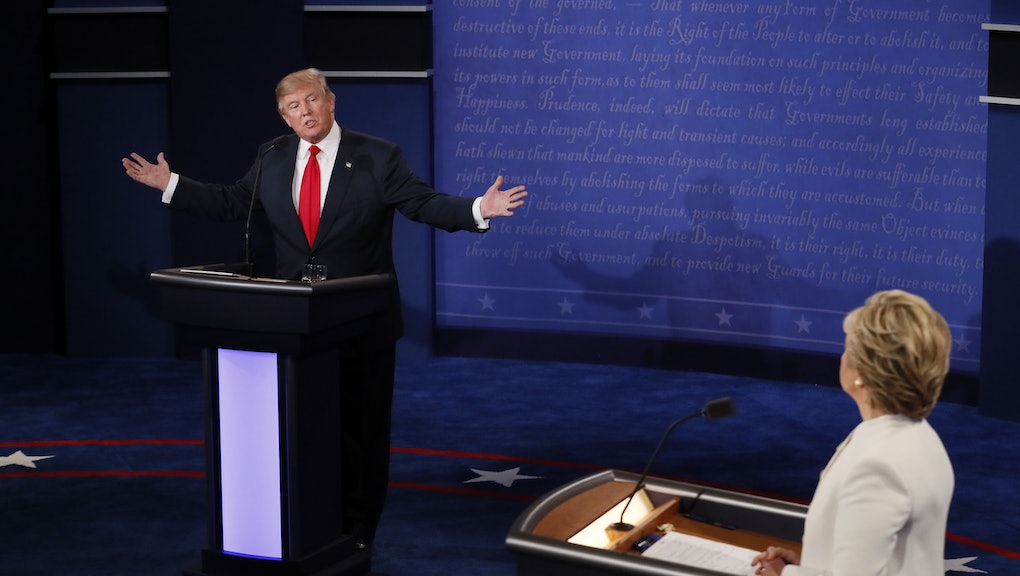 America's self-proclaimed winner is on track for a colossal defeat at the hands of a candidate a majority of Americans dislike and do not trust.

Hillary Clinton was not supposed to be a strong presidential candidate: In a year of outsiders, Clinton is a life-long member of the political establishment with substantial political baggage.

But polls continue to confirm that in the eyes of voters, Donald Trump is worse. In the four-way presidential race, Clinton leads Trump by 6 points, according to RealClearPolitics poll tracker. In national polls, Clinton has led Trump since the beginning of August and for the last 10 days, has led him by at least 5 points.

Trump's position in key swing states has worsened. Polls in New Hampshire indicate Clinton is likely to win that state. And surveys in Arizona show Clinton could take that traditionally Republican state.

Either scenario spells doom for Trump's chances of winning the electoral college. His campaign has long contended with a harsh reality: Trump's most likely path to victory depends on wins in Florida, North Carolina and Ohio. Clinton currently leads in two of those three states — and that model assumed Trump would hold Republican states like Pennsylvania and poach states like New Hampshire.

For nearly two weeks, Trump has averaged about 39% in the polls — the number most associated with his support in surveys throughout the election. Even with the considerable support for third-party candidates Gary Johnson and Jill Stein, Trump cannot win a national election with less than 40% of the vote.

Clinton's level of support has recently hovered around 45%. That would be substantially less than the support Barack Obama drew in 2008 and 2012. (The president drew more than 50% of the vote in both elections.) But it is not uncommon for a president to be elected without majority support. Obama was the first president since 1956 to win more than 51% of the vote twice. Bill Clinton won in 1992 with 43% of the vote, but third-party candidate Ross Perot drew 19% of the vote.

Post-debate polls have yet to be released, but initial results do not show Trump did his campaign any favors with his Wednesday night performance. And a turnaround for Trump at this point would be almost without historical precedent. Clinton is on track to win far more than 300 electoral votes and with millions of votes already cast, there seems to be little Trump can do to change that reality.