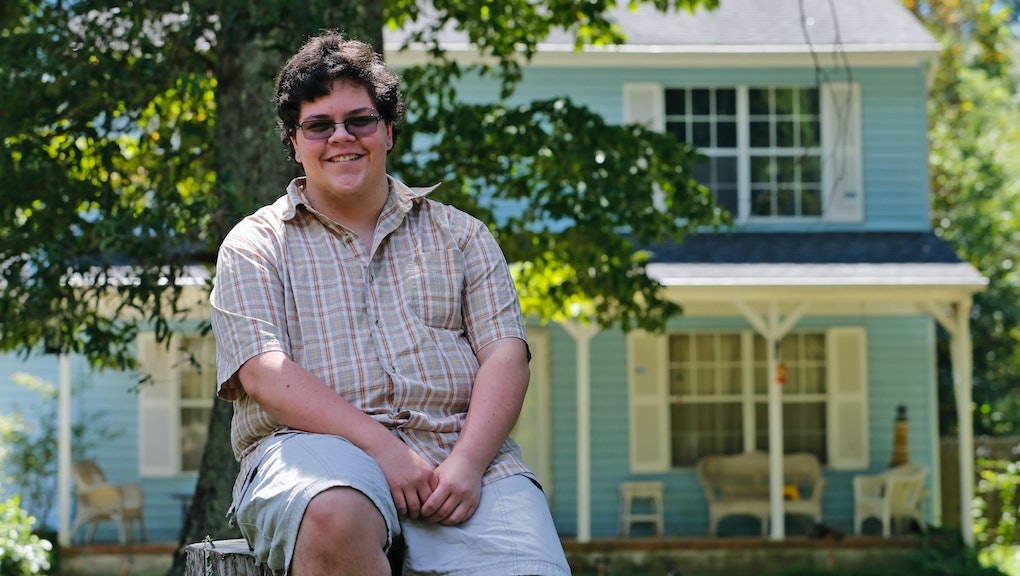 We've all had to stand in line for public bathrooms for a few minutes. But for 17-year-old transgender student Gavin Grimm in Virginia, the wait has been two years — and counting.

In November 2014, Grimm began to use the men's restroom at Gloucester High School with the blessing of his principal. For seven months before that, Grimm used the restroom in the nurse's office, which was far from his classes and also inconvenient. In December 2014, without prior warning, the school board voted that students would only be allowed to use the restroom that reflected their gender assigned at birth, Grimm wrote in a blog for the American Civil Liberties Union.

"I am boy, and it is important to me to live life like other boys do, including using the boys bathroom," Grimm wrote in his blog. "I am disappointed that the school board decided to ignore my best interest, including others in the same situation, and chose to adopt a policy that is discriminatory and spreads fear and misinformation. This needs to stop."

Grimm sued the Gloucester county school board and won his case at the U.S. Court of Appeals on April 19 and was allowed to use the restroom that matched his gender identity. But on Aug. 3, the U.S. Supreme Court put a temporary injunction on the lower court's decision, stopping Grimm from using the men's bathroom. The Supreme Court may announce that it has decided to hear Grimm's case as soon as Friday, according to the ACLU.

"Not taking the case is the goal — the court should stay away from it," Joshua Block, a senior staff attorney at the ACLU who has been working on Grimm's case, said in a phone interview. "There's no need for the court to get involved. We absolutely want the court to deny [certiorari] and he can start using the restroom in peace."

If the Supreme Court decides not to hear the case, there's at least one tangible benefit — the lower court's decision will stand and Grimm will be able to use the boys bathroom right away.

In May 2016, the Obama administration issued an interpretation of the federal Title IX law that stated that Title IX protected transgender students from discrimination based on gender identity in public schools, meaning they could use whatever restroom matched their gender identity. Usually, in court, when an agency like the Department of Education interprets its own law, like the Obama administration did with Title IX, their definition wins out — it's called the Auer deference.

Grimm won his court case because the court deferred to the Obama administration's interpretation of Title IX. However, Grimm's case is the first federal case about the rights of transgender people to use their gender-appropriate bathroom. According to Block, before the Supreme Court weighs in on the issue, more lower courts would weigh in on this issue — hopefully in line with the Title IX interpretation — to build a legal consensus around the issue.

Block said he hopes lower courts will defer to the Obama administration's interpretation of Title IX. Once there's legal consensus among lower court judges, there's a better chance the Supreme Court will rule in favor of trans rights.

"For situations like this, it's really useful to have the cases percolate more in the lower courts," Block said. "It can dispel the hypothetical fears [around the trans issue], the more opportunities you have for the justices to familiarize themselves with the topic."

Block pointed to the 1986 Supreme Court decision in Bowers v. Hardwick, in which the court voted 5-4 to uphold a Georgia statute criminalizing consensual gay sex, as an example of how a high court decision hurt the LGBTQ community.

"Justices' opinions are shaped along with the rest of the country, and time is on our side," he said.

Block is correct that time is needed for Americans' attitudes to change toward trans people.

Currently, the nation is evenly split on whether transgender people should be allowed to use the bathroom that matches their gender identity. And in states like North Carolina, laws like the controversial HB2 threaten transgender  individuals' legal right to use public bathrooms in peace.

The court's decision is just one part of a long list of rights that the federal government needs to address to help transgender people succeed in America, including employment discrimination and anti-trans violence.