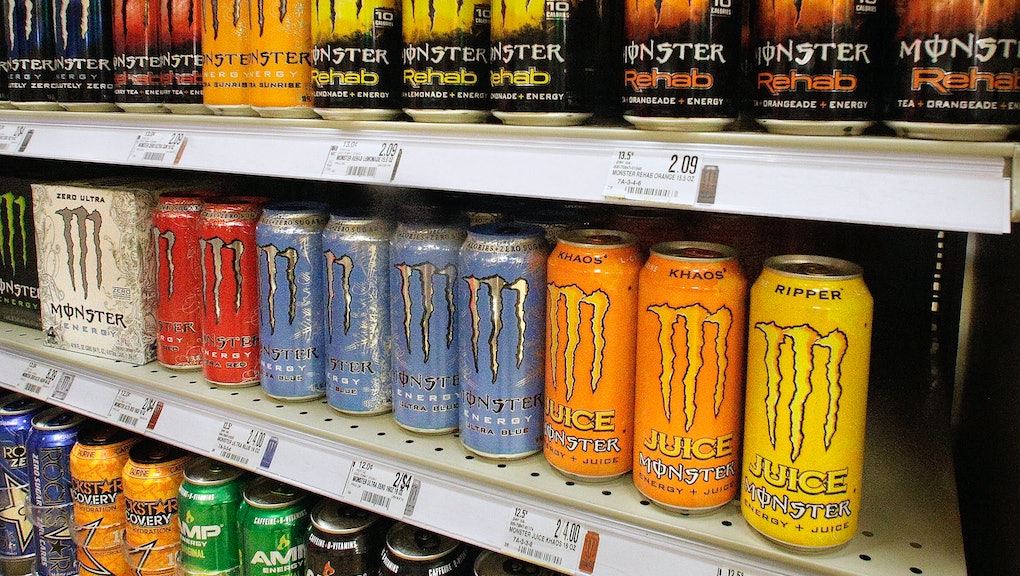 Niacin, an ingredient in energy drinks, could give you hepatitis, new study finds

You really can have too much of a good thing. Case in point: The niacin, aka vitamin B3, in energy drinks could lead to acute hepatitis.

On Tuesday, a case study published in the British Journal of Medicine revealed that a previously healthy man in his 50s contracted hepatitis after he went HAM on energy drinks.

The man worked as a construction worker and, to keep up with his demanding job, began chugging four to five energy drinks per day for roughly three weeks. He entered the hospital for abdominal pain, vomiting, dark urine and scleral icterus (his eyes had turned yellow).

Doctors determined that the man had contracted acute hepatitis, and, since he was "previously healthy" and did not report any blood transfusions or "high risk" sexual behavior, they blamed the hepatitis on the man's energy drink binges.

The case study noted that the high concentration of B vitamins in energy drinks can be toxic, but it's the high concentration of vitamin B3 (niacin) that likely led to this man's hepatitis. The patient was consuming roughly 160 to 200 mg of niacin per day, which is similar to the 300 mg per day ingested by another patient with a case of energy drink-related hepatitis. Doctors noted that the effect of the niacin might have been magnified by other ingredients in the energy drinks. (Ahem, tons of caffeine in energy drinks can make blood pressure skyrocket, cause sleeping problems and cause irritability, Mayo Clinic noted.)

If you're like, "hold up, aren't vitamins good?", you're right. B-complex vitamins are incredibly important in helping the body use the food we eat in order to produce energy, or glucose, the University of Maryland Medical Center noted. These vitamins are key for healthy skin, hair, eyes, and liver. (Yup, liver!) Milk, eggs, rice, fish, peanuts and poultry are sources of niacin. Roughly 6 ounces of salmon, for example, contain 15 mg of niacin.

But unfortunately, energy drinks, as well as herbal and dietary supplements, make it ridiculously easy to ingest more than enough niacin and other typically healthful vitamins. These high concentrations of vitamins should be taken into consideration when patients have liver problems with an unknown cause, the authors of the case study warned. Roughly "23,000 emergency department visits every year are due to adverse effects related to dietary supplements," the study authors wrote.

"A solitary case report on one middle-aged man, whose long-term medical history is unknown, does not constitute scientific evidence," a spokesperson for the American Beverage Association, an industry group that spoke on behalf of Red Bull, said in an email. "Even the authors acknowledge that their report cannot and does not establish causation."

If you want an energy drink to give you wings without potentially wrecking havoc on your liver, maybe don't drink 10 cans in a day? Or even five?

Or, heck, even just one can could have some pretty bad consequences — a small study found just one energy drink could increase your risk for heart disease. Other studies found popular energy drinks can be dehydrating, which leads to fatigue and headaches, the Huffington Post reported.