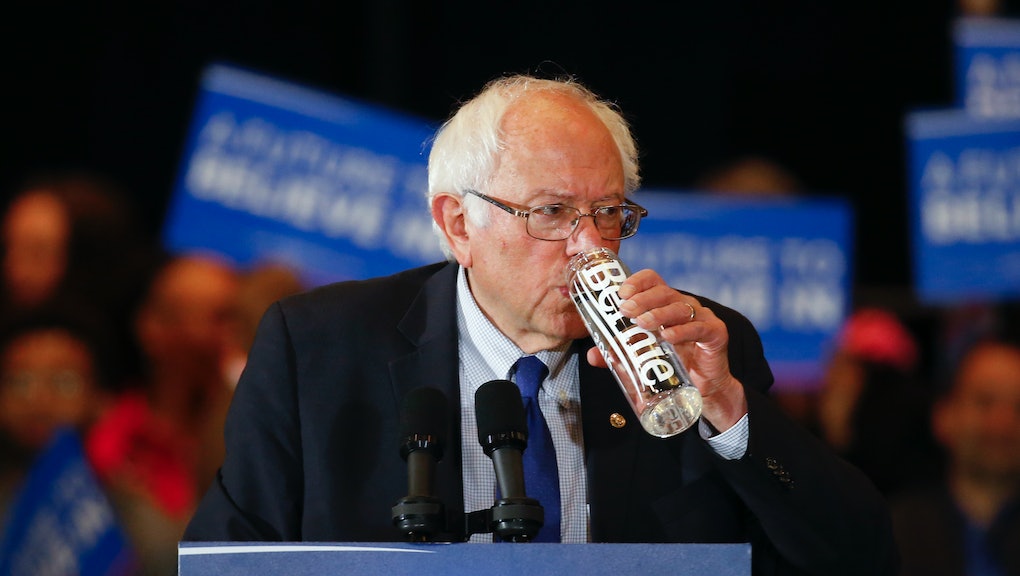 Bernie Sanders would like to be excluded from this narrative.

"Advertising from the American Beverage Association that implies that I oppose ballot items in San Francisco and Oakland that would place a tax on drinks with sugar are false," Sanders told Politico. Sanders sent a cease-and-desist letter to the ABA on October 10, the San Francisco Chronicle noted.

When he was campaigning for the democratic presidential nomination, Sanders voiced opposition to the soda tax in Philadelphia — differentiating himself from Hillary Clinton, who supported the legislation.

Sanders' position at the time: The soda tax was "a regressive grocery tax that would disproportionately affect low-income and middle-class Americans," he wrote in a Philadelphia Magazine op-ed that published April 2016.

Recently, his comments have been publicized on mailers, TV and social media in the Bay Area, where three cities will vote on a proposed soda tax this November, Politico noted.

On Friday, a tweet from the official account for No Albany Grocery Tax, a group that aims to defeat the proposed legislation, made it clear that Sanders' comments were aimed at "a similar tax in Philly" and not the tax in Albany.

The group also posted a comment defending their use of Sanders in previous advertising efforts. It points out that Sanders said that the strategy of taxing soda "is wrong for Philadelphia, and wrong for the country" in the Philadelphia Inquirer. (The name of the publication is mistaken — it is the Philadelphia Magazine in which Sanders wrote the op-ed that No Albany Grocery Tax cites.)

"I have not taken any position on those ballot items, and I have asked the American Beverage Association to stop using my name in connection with this misleading advertising," Sanders told Politico on Wednesday.

The American Beverage Association did not immediately respond to Mic's request for comment.