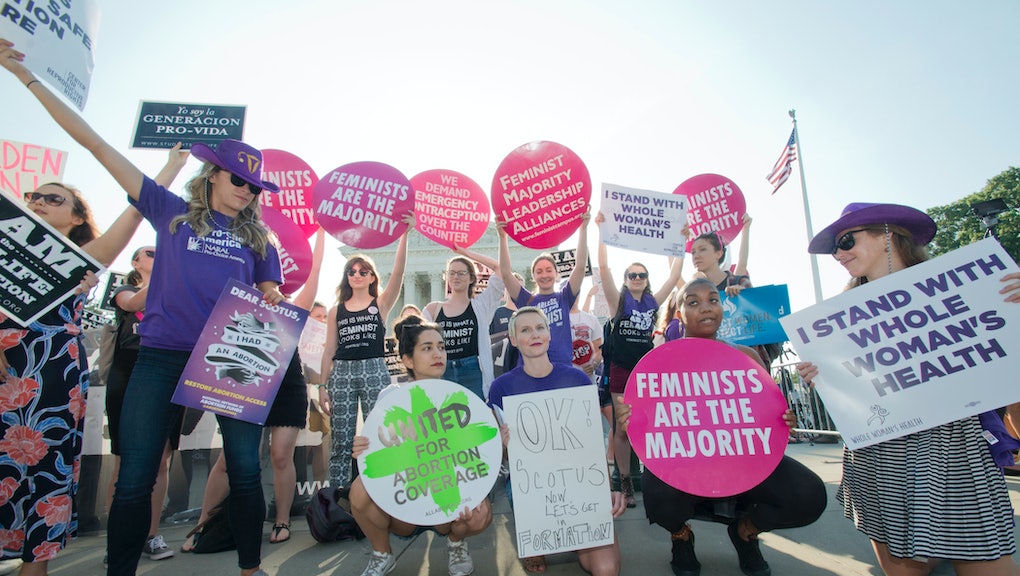 Donald Trump vs. Hillary Clinton: Here's where they stand on abortion

Things got ugly during the third and final presidential debate in Las Vegas on Wednesday when the topic turned to abortion, particularly late-term partial-birth abortions.

Fox News' Chris Wallace, the debate moderator, asked both candidates where they stand on the issue. When Democratic candidate Hillary Clinton explained she is pro-choice and wants women to have the right to terminate their pregnancy — particularly if it jeopardizes their health — her opponent, who is pro-life, accused her of wanting to "rip the baby out of the womb."

Clinton shot back, "Well that is not what happens in these cases. And using that kind of scare rhetoric is just terribly unfortunate."

Here's where the candidates stand on abortion, in their own words:

Wallace: Well, let's pick up on another issue which divides you, and the justices that, whoever ends up winning this election appoints, could have a dramatic effect there. That's the issue of abortion. Mr. Trump, you're pro-life. And I want to ask you specifically. Do you want the court, including the justices that you will name, to overturn Roe v. Wade, which includes, in fact, states a woman's right to abortion.

Clinton: Well, I strongly support Roe v. Wade, which guarantees a constitutional right to a woman to make the most intimate, most difficult in many cases, decisions about her health care that one can imagine. And in this case, it is not only about Roe v. Wade. It is about what is happening right now in America. So many states are putting very stringent regulations on women that block them from exercising that choice to the extent that they are defunding Planned Parenthood, which of course provides all kinds of cancer screenings and other benefits for women in our country. Donald has said he is in favor of defunding Planned Parenthood. He even supported shutting the government down to defund Planned Parenthood. I will defend Planned Parenthood. I will defend Roe v. Wade, and I will defend women's rights to make their own health care decisions. We have come too far to have that turn back now. And indeed, he said women should be punished; there should be some form of punishment for women who obtain abortions. And I could just not be more opposed to that kind of thinking.