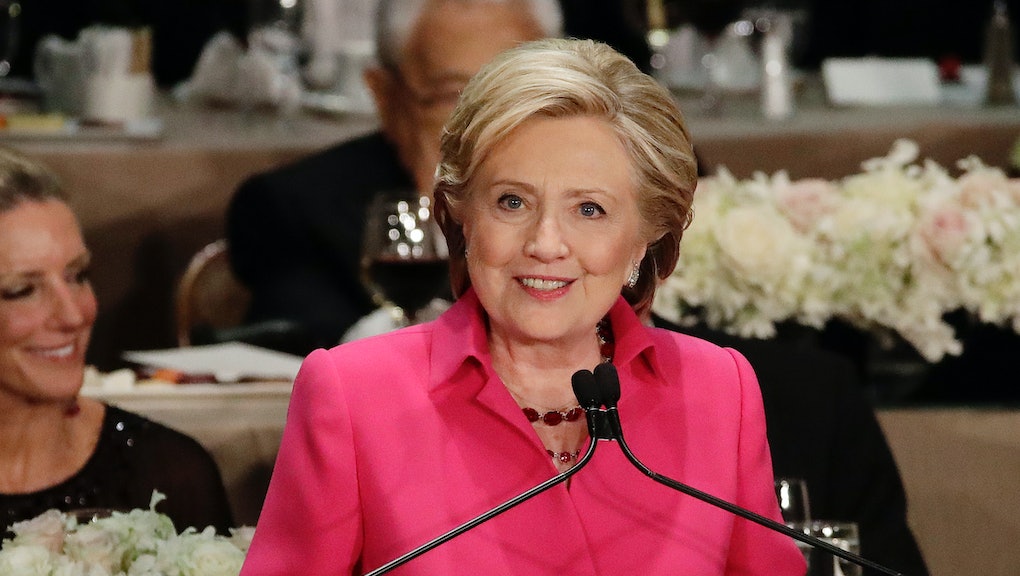 It's not just the GOP who'll thwart Clinton. Liberals are gearing up for battle, too.

With Hillary Clinton enjoying a commanding lead in the polls and a nearly 90% chance at occupying the White House come January 2017, Republicans are already making the argument that they will be a check on her administration.

But it's not just Republicans gearing up to try and stonewall her legislative agenda 18 days before Election Day even arrives.

Included in the hack of Podesta's emails is one where her top campaign operatives expressed frustration that Clinton called herself a "moderate" during the primary, rather than a "progressive."

In other emails, staffers revealed that Clinton thought some of Sen. Bernie Sanders' proposals for Wall Street reform "naive," and said in a speech to a building trade union that climate activists who protested her events should "get a life."

"We were already kind of suspicious of where Hillary's instincts were, but now we see that she is who we thought she was," an unnamed liberal Democratic operative told Politico. "The honeymoon is going to be tight and small and maybe nonexistent."

Liberal activists' threats could tie Clinton's hands in what could already be a hostile and gridlocked congressional environment.

Conservatives are already making the argument that Clinton won't have a mandate, and that she was only elected because Donald Trump was a terrible candidate.

That means the GOP will be even less inclined to compromise with her, especially given the Republican base's vitriolic hatred toward her.

And if liberals in Congress won't give Clinton leeway to compromise, even less will get done.

That prospect is likely why Clinton's campaign is looking to increase Democratic gains in Congress in the home stretch of the campaign.

Priorities USA, a super PAC supporting Clinton's bid, is beginning to spend money in key Senate races on the map in the hopes of regaining a Democratic majority.

Similarly, they hope a big margin of victory for Clinton could help Democrats gain ground in the House — where the party is currently in a historic minority.

But if the House stays as solidly Republican as it is now, America could be in for a bitter four years.