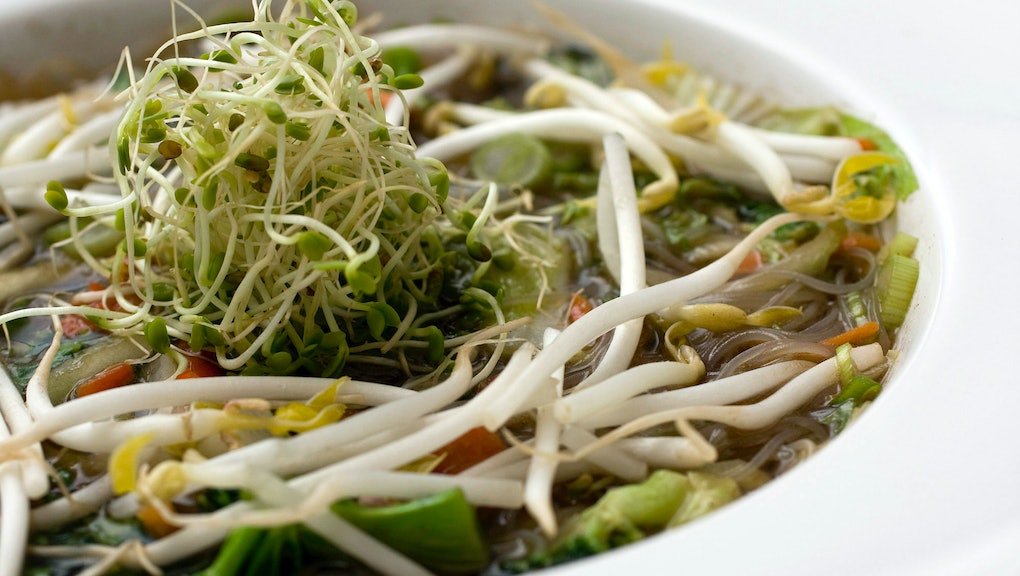 On Friday, a 2012 recipe from the New York Times for pho made with quinoa resurfaced. The internet is satiating itself by dragging the Grey Lady for appropriating a dish that's almost always filled with noodles.

There's nothing wrong with putting quinoa in soup, as the New York Times recipe does. But calling it pho, irked Twitter commenters, with many claiming it's cultural appropriation at its finest.

Pho, a traditional Vietnamese noodle soup that boiled up at the beginning of 1900s, has evolved in its ingredients and flavors, but its signature broth and noodle have remained relatively unchanged. After all, pho pretty much translates to "rice noodle" in Vietnamese.

"In a Vietnamese dictionary published around 1930, the entry for pho defined it as a dish of thinly sliced noodles and beef, its name having been derived from phan, the Cantonese word for flat rice noodle," Lucky Peach wrote.

As Ranier Maningding, the writer behind popular Facebook page The Love Life of an Asian Guy, previously told Mic, some people take offense to the "reimagined" pho because an upscale version of traditional foods often does not honor the "soul" of certain dishes. Maningding said:

"I feel like white chefs tend to take these traditional Asian dishes that are known to be very much popular among working-class Asian Americans as cheap street food and they change one thing, put in a piece of cilantro and a peanut, and now it's $12. It's not the soul of what that food is."

The resurfacing of the culinary gaffe from the New York Times comes just over a month after Bon Appétit released a pho video which was condemned by commenters on social media as well as a handful of chefs. The video, which the publisher has since removed, featured a white chef instructing viewers on the "right" way to eat the Vietnamese staple. Bon Appétit's choice of authority offended many people. Plus, people were upset the publication framed "pho as 'the new ramen,' which marginalized one Asian ethnicity to make room for another," Mic previously reported.

Not acknowledging the origins of a dish is rather tasteless, and also silences cultures and voices that oftentimes get overlooked or appropriated by the food world.

In September, Disney published a recipe for "healthy" gumbo, which, like the quinoa "pho," attracted angry comments on social media. The dish was denounced for containing kale and quinoa (a troublesome ingredient, it seems) and for not using roux, a thickening agent, or filé, gumbo's traditional flavoring powder. Without the latter two ingredients, many irate commenters said Disney's version was no gumbo at all.

One solution to this problem? Call a spade a spade, a pho a pho, and give credit where credit's due.

The New York Times did not immediately respond to Mic's request for comment.