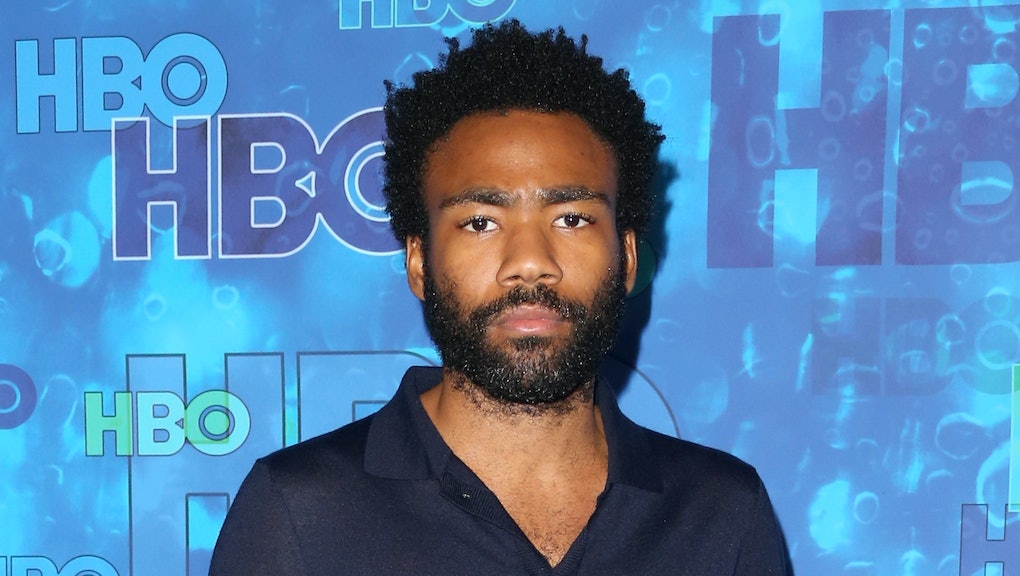 The Donald Glover train just keeps rolling. On the heels of a Season 2 renewal of his critically acclaimed FX series, Atlanta, Glover has officially been cast as Lando Calrissian in the upcoming Star Wars spin-off film about Han Solo.

The official Star Wars Twitter announced the news with a sly: "Hello, what have we here?"

Glover joins Hail, Caesar! star Alden Ehrenreich, who was cast as Han Solo back in May.

"This new film depicts Lando in his formative years as a scoundrel on the rise in the galaxy's underworld — years before the events involving Han, Leia, and Darth Vader in The Empire Strikes Back and his rise to Rebel hero in Return of the Jedi," a Star Wars press release reads.

"We're so lucky to have an artist as talented as Donald join us," Phil Lord and Christopher Miller, directors of the Han Solo film, said in a statement. "These are big shoes to fill, and an even bigger cape, and this one fits him perfectly, which will save us money on alterations. Also, we'd like to publicly apologize to Donald for ruining Comic-Con for him forever."

Needless to say, Twitter went bananas upon hearing the news.

In addition to his role in the Star Wars universe, Glover was also recently cast in an unnamed role for Spider-Man: Homecoming. Glover, who also raps under the pseudonym Childish Gambino, reportedly has a new album in the works, as well.

It's been a breakout year for the former Community star, and it's only going to become more epic from here.