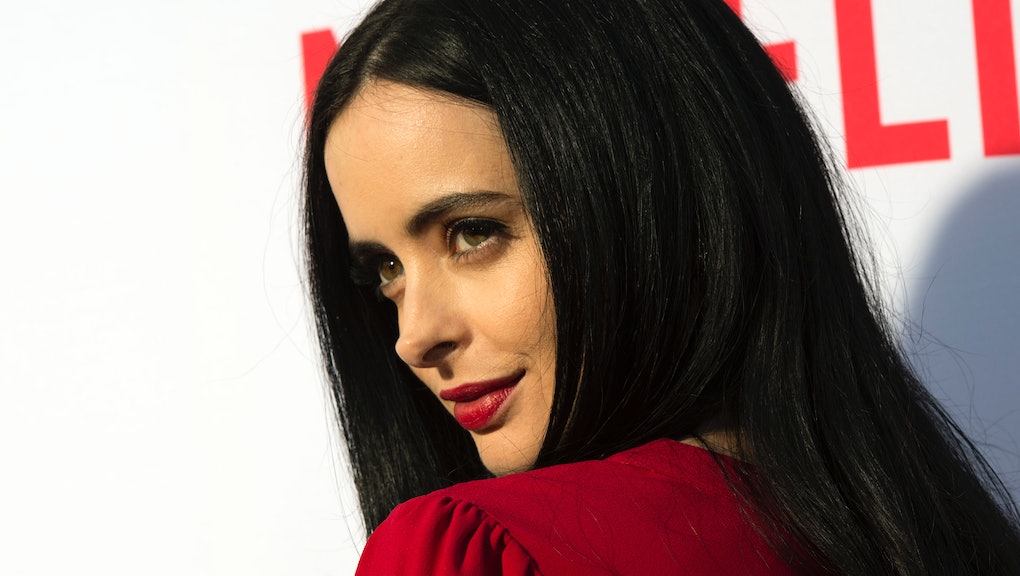 'Jessica Jones' season 2 will be directed entirely by women

When it comes to Netflix original series Jessica Jones, the titular character isn't the only female hero kicking ass and getting shit done.

On Friday, the show's executive producer, Melissa Rosenberg, announced that all 13 episodes scheduled for season 2 will be directed by women.

Rosenberg dropped the news during a panel at Transform Hollywood, a symposium dedicated to the landmark changes the television industry is currently undergoing.

For the uninitiated, Jessica Jones is already a thoroughly feminist enterprise. The show's first season received praise for the way it navigated tricky themes like sexual abuse and assault, and for it's strong, layered female protagonist.

The Hollywood Reporter claims that women directed just 17 percent of all TV episodes that aired during the 2016-2017 season — proof of just how much progress remains to be made — but Jessica Jones has been ahead of the curve since it began. Its first season featured female directors on about a third of its episodes, Gizmodo reports, which is no small feat when you take the industry's standards into account.

The Jessica Jones crew isn't the only one determined to ramp up diversity behind the camera this fall. Last month, Ava DuVernay announced that her OWN series Queen Sugar, had only hired female directors in an attempt to create spaces for women to help shape the typically male-dominated television industry.